Derek Meech is a former professional ice hockey player who recently played for Malmo Redhawks of the Swedish Hockey League (SHL). Prior to that, he has also appeared in the National Hockey League (NHL) with the Detroit Red Wings and Winnipeg Jets.

Derek is currently married to his long-time girlfriend, Miranda De Leeuw. The duo doesn't share any children together currently. Well, want to know further information? Then stay with us till the end.

Derek Meech is currently married to his long-time girlfriend, Miranda De Leeuw. Although being a celebrity, Derek hasn't revealed much about his personal life. Hence, not much is known about these couples.

However, as per some sources, Derek and Miranda met in the summer of 2008. A year and a half later the two got engaged. The couple tied the knot on July 30, 2010.

Apart from that, Derek has not involved himself in any rumors or controversy. Likewise, he has never seen out on the public with any other girl. It seems that the player has a clean past record and he is committed to his wife only.'

Unfortunately, Derek once suffered from a minor heart problem in 2013 and he had to take rest for a few days and he was thought to be unable to play in the Kontinental Hockey League (KHL). But he proved that health care certainly doesn’t hurt his perspective. During an interview in 2014 he said:

’I've been pretty fortunate. Obviously, last year didn’t start out the way I wanted it to. It worked out.”

Derek stands at a perfect height of 5 feet and 11 inches tall. Besides, he has a highly maintained bulky body that weighs about 200 lbs (91 kg).

Derek Meech Net Worth and Earnings

Derek Meech has an estimated net worth of nearly $2 million. Further, he played 5 seasons in the NHL and made total NHL career earnings of nearly $4.5 million. Likewise, last time he played, he has an annual salary of $400,000.

Derek Meech was born on April 21, 1984, in Winnipeg, Manitoba, Canada. Further, there is not much information available about hos family background and educational qualifications. 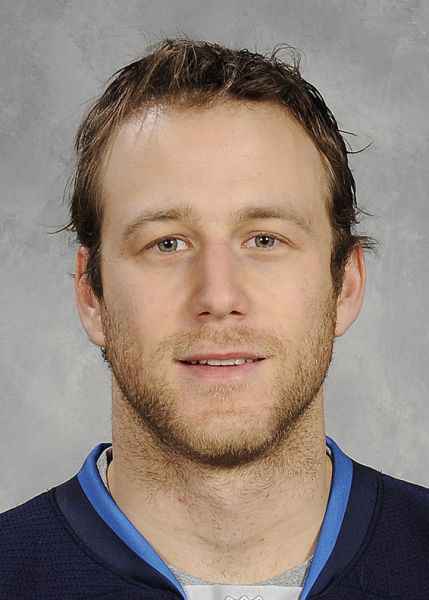 As per his wiki, Derek grew up in his hometown playing hockey in minor leagues. We assume that he had completed his education from Winnipeg itself.

Meech played his junior hockey for the Red Deer Rebels of the Western Hockey League. There, he teamed with future NHL star Dion Phaneuf as the team's top defensive pairing. Later, on June was ne 23, 2002,  was drafted 229th overall in the 7th round of the 2002 NHL Entry Draft.

Meech scored his first career NHL goal with the Detroit Red Wings on December 4, 2008, against Curtis Sanford of the Vancouver Canucks.