Jay Haas is an American Professional Golfer. He has been playing golf for more than four decades. Jay is an active player in PGA Tour Champions. Haas was known for being one of the most consistent players on the PGA Tour.

Jay Haas was born as Jay Dean Haas on December 2, 1953, in St, Louis Missouri. He is among the two children born to his parents. Jay comes from an elite golf family. He has a brother named, Jerry Haas, who is also a professional golfer. Jay stands five feet eleven inches tall and weighs eight-four kgs. He graduated from Wake Forest University.

Jay Haas started his golf career after graduating from university. He has been playing professional golf since 1976. He won his first amateur cup in 1975. Jay established himself as among the top players in 1978 after winning his first PGA Tour. 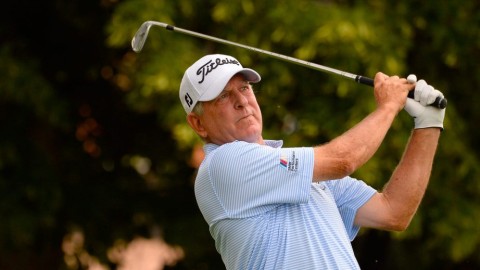 Haas went on to win nine more PGA Tours between 1978 and 1993. After rising to prime, He had a downfall in his career until 2002. Haas did not win major cups and could not make it to the top. In 2003, Jay stepped up his game and finished in the top 30 on the money list for the first time since 1995. As a result, He was selected into the United States President Cup team.

In April 2006, Haas won back to back events on the Champions Tour.  Jay was featured in the top 20 of the Official World Golf Ranking after his 50th birthday. Haas won the 2008 Charles Schwab Cup to win two out of the last three cups. In 2016, Jay became the second-oldest player ever to win a PGA Tour Championships at the age of sixty-two.

Jay Haas has an estimated net worth of more than $10 Million. He credits most of his net worth to his successful career in golf career. Jay has been at the top of his game for almost four decades. Billy Casper and Omar Uresti are two well-known professional golfers with a good net worth to their name. 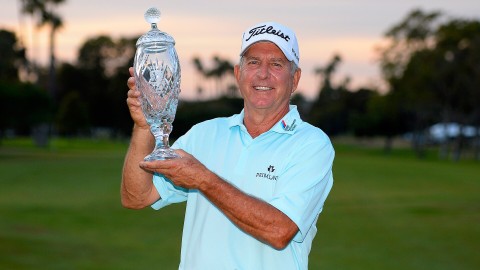 In the 2003 season, Jay peaked his career and made $2.7 Million winning his first-ever tournament events. The following year, He followed in his successful footsteps and earned more than $2.6 Million. Totaling his career earnings, it sums to more than $15 Million in 2022. He will be adding millions in the future.

Jay is still at the peak of his career. He will be adding much more net worth to his name in the days to come. Haas was voted for the 2006 Bob Jones Award, the highest honor given by the United States Golf Association in recognition of distinguished sportsmanship in golf.

Jay Haas is living a happy married life along with his wife and his children. Jay is married to Jan Hass for more than three decades. Jay is the proud father of two children. Jay has two sons, Bill Haas and Jay Haas Jr. 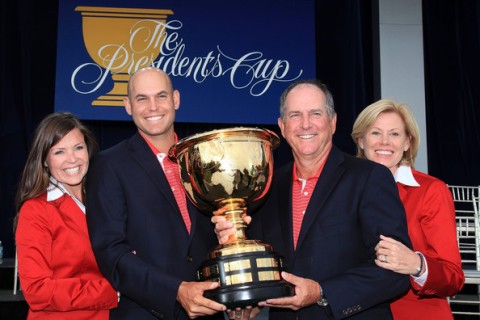 Jay Haas along with his wife and his son SOURCE: Pinterest

Jay has been married for more than thirty years but there has been no rumor of the couple having ups and downs in their married life. The player is an active social media user and keeps sharing his personal life information with the public.

Jay's sons are professional golf players. In 2015, Jay and his son, Bill went on to win  Humana Challenge. They are considered among the top father-son duo in golf history. Bill won his first major prize money worth $10 Million in FedEx Cup.