Born as a David Edward Phelps on October 9, 1986, in St. Louis, Missouri. The father of two, David is an American native by birth and belongs to the ethnic group of white. Also, Phelps was born under the star sign, Libra.

With his current contract with Cubs, David is the 23rd best-paid player of the team while the top earners of the team are Jon Lester and Jason Heyward, having an annual salary of $27,500,000 and $22,500,000 respectively.

In a Marital Relationship with Maria

The famous baseball pitcher, David shares a smooth marital relationship with his wife, Maria. The couple met for the first time when both of them were attending Notre Dame University for their education. Reportedly, the duo's love story began when they were teamed up to work together on an assignment. 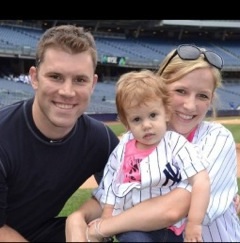 CAPTION: David Phelps with his wife and daughter SOURCE: ncregister

The high-school sweetheart's dated for long before they finally decided to tied a knot; however, the exact details about the date and venue of their wedding is not in the media yet. Besides, the couple is a proud parent of two adorable daughters who was born in 2012 and 2013 respectively.

As mentioned above, the couple is a high school sweetheart as they met for the first time at Notre Daime. Luckily, they were teamed up together for the assignment just because their last names were next to each other alphabetically.

In one of David's interviews, he remembered the moment saying "Because our last names were next to each other alphabetically, we were paired up in an international relations class. We were going to be called upon to discuss our reading assignment with the rest of the class. However, I had not done the required reading, so I told her that I hoped she had. She was very put off by that, and understandably so." 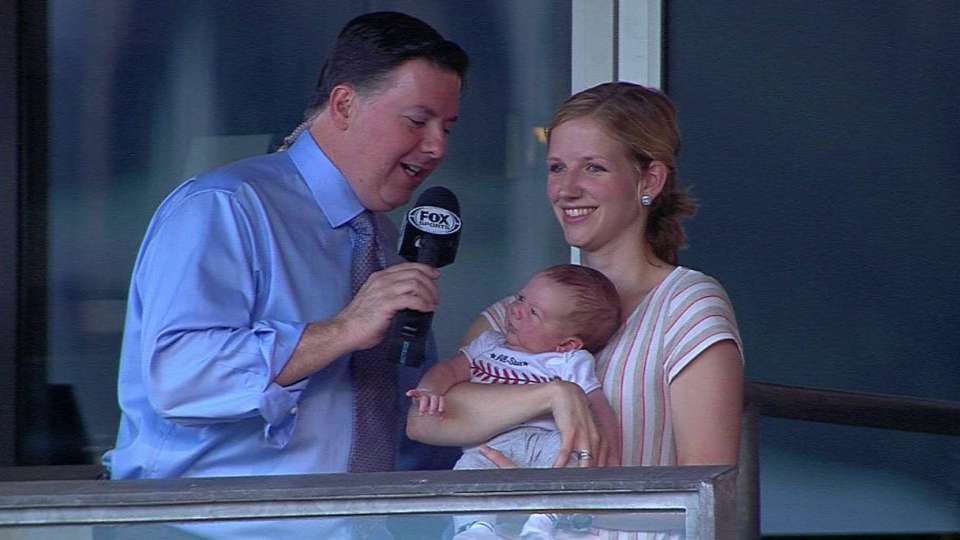 In the same interview, he revealed that he asked Maria out a few weeks after they met for the first time. Eventually, he was rejected and at the same time he accepted the rejection, David said "Even though things almost couldn’t have started off worse, I asked Maria out a few weeks after we first met. She immediately rejected the idea. I deserved the rejection, but didn’t give up. I just knew, somehow in my soul, that we were meant to be together."

After getting a rejection for almost 10 times, David felt that Maria have no interest on him and her lack of interest was refreshingly humbling him. After many heartbreaking rejections, David thought he should be giving much more time to Jesus as he realized that God deserved far more attention than he had been giving. After his countless effort, Maria finally accepted his proposal in 2008 and since then the duo is living a happy life together.