Five Times LPGA Tour Winner Danielle Kang is a well-established American professional golfer. She has been playing LPGA Tour since 2012 and is the winner of the U.S Women's Amateur in 2010 and 2011. Kang has been climbing the ladder of success.

Danielle Kang was born on October 20, 1992, in San Francisco, California. Kang is among the two children born to South Korean Parents K.S Kang and his wife, Grace Lee. Danielle is yet to share about her parent's economic career. She has a brother named Alex, who also played golf for San Diego State. The golfer graduated from Westlake High School and enrolled at Pepperdine University but did not complete her degree. Talking about her physical appearance, Kang stands Five feet and six inches tall and weighs 61 kgs.

How Rich is Danielle Kang? Know About her Earnings From Golf Career

Danielle is an avid golf player. She has been earning millions annually from her tours and events. Danielle has an estimated net worth of more than $6 Million. She credits most of her net worth to her successful career in golf. In 2021, Danielle stands second behind Jessica Korda as the highest money maker with $150,000 as her LPGA Tour money. 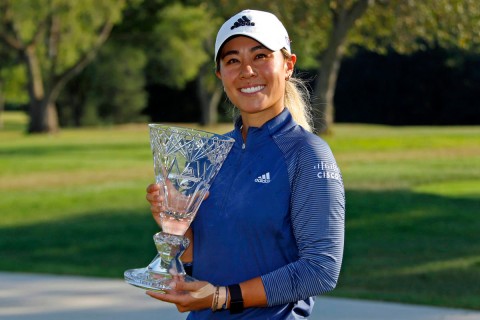 Kang currently is in 46th position among the highest earner in LPGA Tour, with $6.2 Million as her career earnings. In the very first year of her professional career, She earned close to $250,000 as her prize money and ranked in 52nd position in the money list rank. Danielle made her million in 2017, winning a series and playing a total of twenty-five tours. She earned $1,005,983 in the same year.

Although 2020 remained a bad year for many rising and top players in terms of economic benefits, Danielle earned almost $900,000, ranking her in the 4th position on the money list. It's been just eight years of her professional career, and she has been a golfing figure. She shall be earning much more in the days to come. Kang earns a good sum through her endorsement deals with Adidas, Harbric Sports, and several other undisclosed contracts.

Yes, You read that right; Danielle is involved in a romantic relationship with her boyfriend, Maverick Scott McNealy. The love birds have been dating each other since early 2019. Maverick is also an American professional golfer. The duo opened about their relationship status in early 2019 in an interview. They are yet to get engaged as both of them are very much concerned about their future. 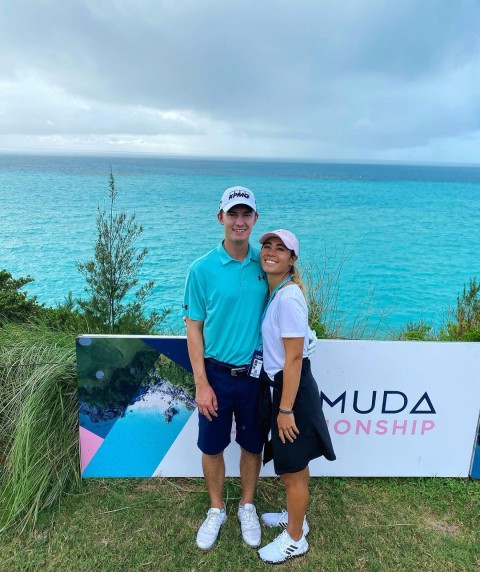 Both of them seem to very much supportive of each other. They can be seen at each other's games and helping each other with their game plans. Danielle is an active social media user and keeps posting photos of her along with Scott.

Danielle started playing golf from a very early age. She qualified for the U.S. Women's Open as a 14-year-old in 2007. She won several Amateur tours and events. She turned professional in late 2011 and made her debut at the Walmart NW Arkansas Championship. She had a good start to her career.

Kang won her first LPGA Tour in the 2017 KPMG Women's PGA Championship. In 2020, The golfer won her fifth tour of the Vare Trophy. In early 2020, She finished Second in the Diamond Resorts Tournament of Champions.