Dalton Kenrick Pompey earns an annual salary of about $562,000 in 2019 and has an estimated net worth of over $1 million which will increase in his future since he just started his professional baseball career.

Talking about his career earnings from Toronto Blue Jays team until 2019, he has earned a decent amount of money around $1,604,624.

Dalton Pompeyhas reportedly signed a one-year contract with the Toronto Blue Jays on March 5, 2019. The contract also includes a guaranteed sum which is around $562,800 and he is receiving a total sum of $562,800 from the Blue Jays team as his annual salary.

He is very fond of cars and also owns an expensive Maserati worth thousands of dollar.

Is Dalton Pompey Married or Dating Someone?

As far as Dalton Pompey's relationship status is concerned, he is not yet married to anyone but is in a romantic relationship with his beautiful girlfriend Summer Smith who is 27 years old as of 2019. 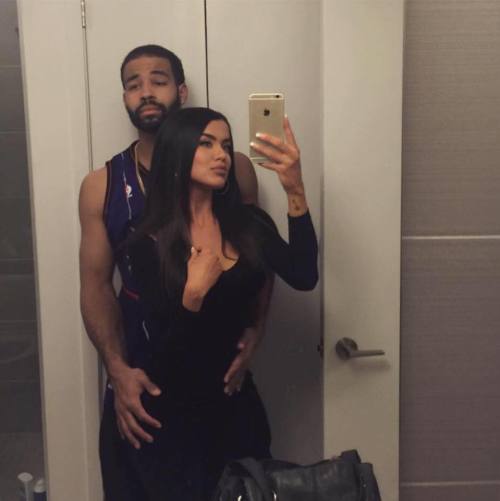 As going on exploring his official social sites, he is found to be a career focused man and also a family man since, despite his busy schedule, he manages time for his family and friends.

Other than being a famous MLB Center fielder, Dalton Kenrick Pompey is pretty famous in social media. He frequently shares his activities on his official Instagram account.

The Famous MLB star is 6 feet 1 inch in height and has a decent weight. Talking about his age, he is currently, 27 years old.

Dalton Kenrick Pompey was born on December 11, 1992, in Mississauga, Canada to parents Ken Pompey and Valerie Pompey. He is Canadian by nationality and belongs to the Mixed ethnic group. Further, his star sign is Sagittarius.

Anyone who knows me, knows how much I care about this kid. My brother, my goon, my ninja, my partner. Happy 21st birthday to my day one ! Love you to the end homie !

He grew up along with his brother Tristan and sister, Kayla. Besides him, his brother also plays in the Major League. Dalton Kenrick Pompey attended John Fraser Secondary School in Mississauga, Ontario where he played for his high school baseball team.

After playing for several seasons in the minor league Dalton Pompey started his MLB career with the Toronto Blue Jays on September 1, 2014, and his first game was against Tampa Bay Rays where he played as Edwin Encarnacion's pinch-runner.

Besides his MLB career, he also played for Canada's national baseball team in several international games and tournaments.