Coco Malia Camille Hapaikekoa Ho celebrated as Coco Ho, is a professional Hawaiian surfer. The 2009 WCT Ripcurl Search Portugal Champion, began surfing at the tender age of seven, following in the footsteps of her family.

The pro surfer was born on April 28, 1991, at Honolulu, Hawaii, United States. She belongs to a mixed heritage of Hawaiian, Chinese, and Caucasian ethnicity and holds an American nationality.

How Much Is Coco Ho' Net Worth In 2022? Sponsorship

As of 2022, Coco Ho has an estimated net worth of $1 million. Her income is highly considered a surfing career as well as a sponsorship deal. She earned her first sponsor when she was just eight years old. She is currently engaged with various sponsors such as Volcom, Swatch, Beats by Dr. Dre, Nike, Mayhem, and many more.

On the other side, the average annual income of the number one QS surfer in the world is around $65,000.

She can be seen as involved in various charity works and events. One of the non-profit organizations is the Boys & Girls Club of Hawaii, where she gives back her time to a charity of her choice.

Coco Ho is not married, but she is in a relationship with, a Canadian snowboarder, Mark McMorris. The two has been dating since 2013. On their first meeting at the X Games, both liked each other and ended up sharing numbers. 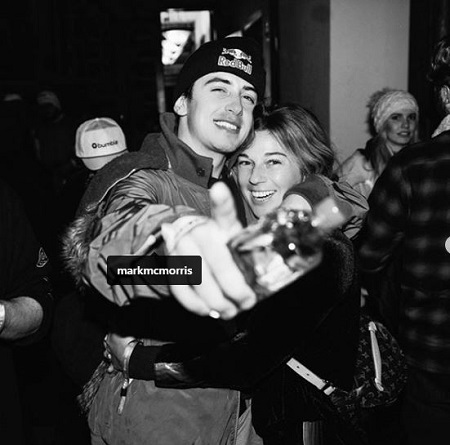 The couple can often be seen together, supporting and cheering each other during their games and not to mention their fancy vacations.

Besides surfing, she can also be seen featuring in various films, some of which are Blue Crush and Leave a Message.

Coco created a sensation with her naked surfing photoshoot at ESPN, The Magazine. It was assumed that her boyfriend, Mark, may have a problem with that, but it turned out to be just rumors.

She is a beautiful and attractive woman with a height of 5 ft. 3 in. With a weight of 55 kg.

She was born to Michael Ho and Brian Ho. She also has a sibling named Mason Ho. Both of their children earned fame in the field of surfing.

Nicknamed as Cokes and Flying Hawaiian, Coco adores her family a lot, especially her father, who is her coach, mentor, and a huge inspiration. The young talent currently resides in Sunset Beach, Oahu.

Coco started to surf from a very young age of 7. As her father and her uncle, Derek Ho, too were professional surfer, her brother and she got an encouraging environment to pursue a career on surfing. She completed her senior year at Elite Element Academy, a private online hybrid school. Later, she entirely devoted her attention on surfing.

At the age of 17, she became the youngest player to qualify for ASP Women’s World Championship Tour.  She was entitled to the ‘Rookie of the Year’ award in 2009. She is ranked in the 12th position in the top female surfer in the world. To date, she has won various awards and achievements and is planning to earn more shortly.