Zack Wheeler is an American professional baseball pitcher who plays for the Philadelphia Phillies in Major League Baseball. He is a former New York Mets player ad he played there for six years.

The Phillies #45, coming from a baseball family, has been one of the most important players for the team. With his five-pitch repertoire, Wheels has taken MLB by storm.

Zachary Harrison Wheeler was born on May 30, 1990, in a baseball-playing family in Symnia, Georgia. His father, Barry Wheeler, was an amateur baseball player for 15 years.

He started studying at East Paulding High School in Dallas, Georgia. However, his brothers studied at Campbell High School. The baseball dreamer pitched amazingly and led his team to a state playoff appearance. 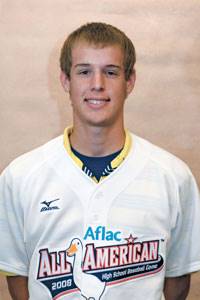 Zack was named as The Gatorade Georgia Player Of The Year in his second season in high school. He had an 8-3 win-loss record with a 1.34 ERA. Due to his immense contribution to East Paulding High School, they retired Wheeler's No. 45 Jersey.

Starting the baseball journey as an East Paulding High schooler, Zack made a lot of progress. It caught the eye of many big teams. The San Francisco Giants selected Wheeler in the 2009 MLB Draft and signed him with a signing bonus of $3.3 million. Despite offers from Kennesaw State College Baseball, he chose Giants.

He started playing for Class A Augusta Greenjackets. During his time there, he injured himself in his finger. He got sidelined for 7-8 weeks and returned to the team soon after. His commitment and love towards the game make him a great athlete. 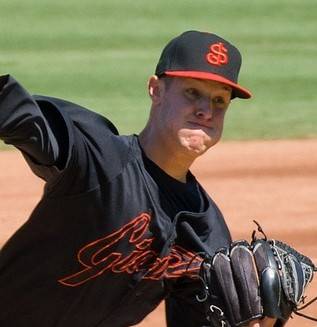 Wheeler earned the title of the best fastball in the farm system. As stated by Baseball America, the number two prospect in the Giants organization also appeared in the California All-Star Game.

With great performances in every game, Wheels attracted many big teams to go for him. And the golden day arrived. His dream of playing in Major League Baseball was coming in his footsteps.

The Giants traded Wheels to New York Mets on July 28, 2011. It was in exchange for Carlos Beltran and some extra cash. Beltran is a legendary baseball outfielder. As soon as Zack signed for Mets, he got assigned to Double-A Binghampton Mets. 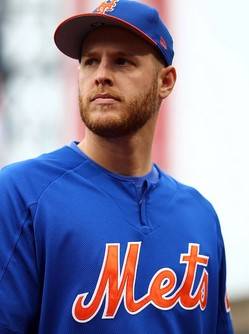 The talented pitcher made his MLB debut on June 18, 2013, for the New York Mets. It was a dream come true. He played for 6 years in the Mets and set a career-high number of strikeouts and pitched innings. Zach became one of the most crucial players for the Mets.

Wheels signed for the Philadelphia Phillies on December 9, 2019, with a whopping five-year contract for $118 million. He has been playing for the Phillies wearing #45 in his back. 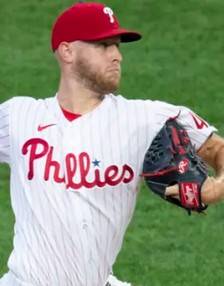 As of now, Zack Wheeler Record stands at 58-47 win-loss record. With 966 strikeouts and 3.54 ERA, he is destined to do wonders in the future too.

Phillies #45 is already married. He has married his long-time girlfriend, Dominique Wheeler.  The romantic couple has a cute child named Wesley Wheeler.

Zack and Dominique live in their house in Dallas. They go out often and click a lot of pictures together. They love to make their presence felt on social media as they post a lot on Instagram. 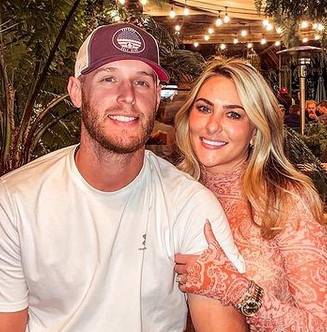 The MLB popular couple loves to have a romantic date often. Looking so good together, they are relationship goals. Also, there were no rumors about Wheeler dating anybody other before their relationship. You can call him a one-woman-man.

Zack is the starting pitcher for Philadelphia Phillies. The #45 star earns a handsome amount of money. According to reports, Zack's base salary is $22.5 million.

He joined Phillies from New York Mets on December 9, 2019. Phillies signed Wheeler to a five-year deal with a $118 million contract. He justified his price tag with incredible performances game after game. 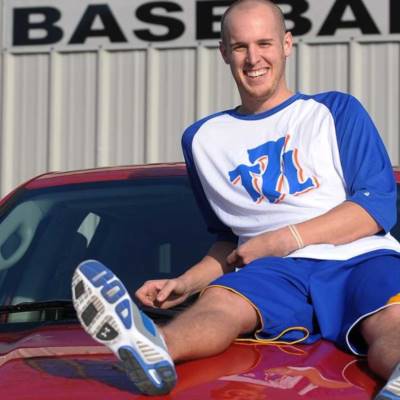 The baseball prodigy has a great interest in sportscars and long drives. He started buying cars from his old baseball days. Now, Zack owns a lot of expensive cars. However, the first car is always special.

Wesley's Dad became the first Phillies player to allow three or fewer runs in each of the 10 starts with the team.  With his four-seam fastball technique and velocity, he has amazed everyone with his performances. 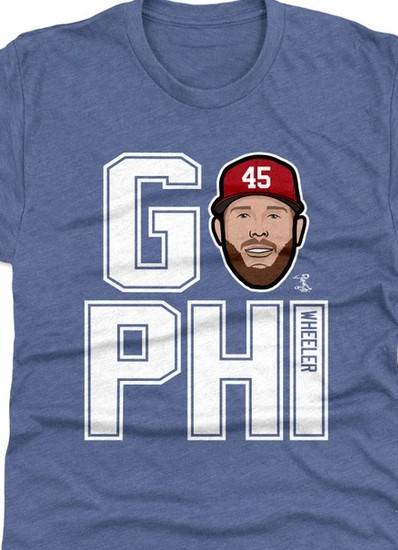 The MLB star is a popular figure among baseball lovers. He owns his very own merchandise brand. The Zack Wheeler Store sells amazing t-shirts, hoodies for every age group. He earns a great amount of revenue from his brand.

The net worth of Zack Wheeler is estimated to be around $50 million- $60 million.

Zack is the son of Barry Wheeler and Elaine Wheeler. Barry was a former baseball player himself. So, he understands the essence of sport in life. He managed everything to make sure his children play baseball.

They even moved from Smyrna to Dallas so that the children get to play baseball. Zack has two brothers- an elder brother Jacob Wheeler and a middle brother Adam Wheeler.

Zack has a lovely wife, Dominique Wheeler. The lovely couple has a cute child Wesley Wheeler. They live together in their house in Dallas. 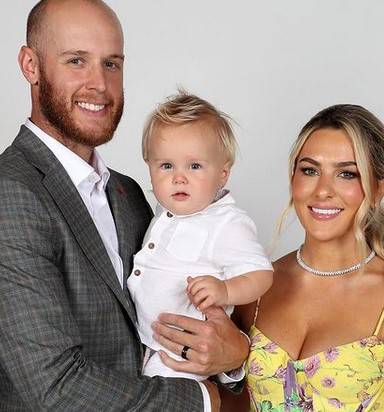 Zack, Dominique, and Wesley look like a perfect family. Their smile is so contagious. Whenever you see Wesely's mom sharing his pictures and videos on Instagram, you can't resist a smile.

Zack Wheeler does the unbelievable. 7 scoreless innings and 2 hits in a single day