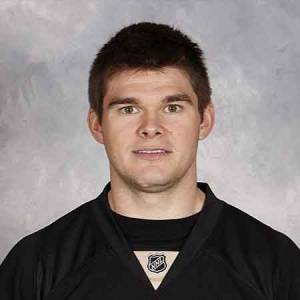 Chris was born on September 26, 1979, in Regina, Saskatchewan, Canada. He graduated from Michael A. Riffel High school in southern Regina in 1997.

Kunitz with Melville Millionaires played Junior A in the Saskatchewan Junior Hockey League for two seasons. He joined the NCAA college ranks with the Ferris State Bulldogs in 1999-00.

He was on the nomination for the Hobey Baker Award in 2003 after a 79-point campaign in the senior year. He was part of the first Ferris state team to make an NCAA tournament appearance.

On April 1, 2003, he was signed as an undrafted agent by the Mighty Ducks of Anaheim. Between Anaheim and their American Hockey League (AHL), he split his professional rookie season. Later in 2005-6, he was picked up on waivers by the Atlanta Thrashers after spending the 2004-05 NHL lock-out.

He was reclaimed by the Ducks off waivers and went on to play 67 games. He scored 19 goals and adding 22 assists for 41 points, surpassing Paul Kariya’s club record of 39-points.

In the 2006-07 NHL season, Kunitz improved to 25 goals and 60 points. In 2007-08, Kunitz was named the alternate captain, his first time with the ducks and professional career. In 2009 playoffs he recorded 1 goal and 13 assists as the Pittsburgh Penguins won the Stanley Cup, giving Kunitz his second Stanley Cup. He was also a regular team member along with  Evgeni Malkin and/or Sidney Crosby.

In the 2017 finals against Nashville Predators, penguins defeated them in the six games successfully defending the Stanley Cup. Kunitz is the only player still playing in NHL to have won the Stanley Cup four times.

Kunitz signed a one-year $2 million contract with Tampa Bay Lightning on July 1, 2017, leaving Penguins. Kunitz wears the #14 which he wore previously with the Penguins and the ducks.

Kunitz was in a controversy for his action against Washington Capitals' Tom Wilson recently. He pulled the head of Wilson and brought to the ground catching the strip of the helmet that Wilson was wearing.

Kunitz made his international hockey debut for Team Canada at the 2008 World Hockey Championships.  He helped Canada win a silver medal contributing 7 points in 9 games. He was included in the 2014 Canadian Olympic hockey team on January 7, 2014.

Kunitz earned his degree from Ferris State in marketing and business. He was a fan of Major League Baseball’s Detroit Tigers while still in high school.

Chris is married to Chicago-native Maureen Pfeiffer in July 2008. The two are blessed with three children. Their first child Zachary James was born on April 15, 2009, and two years later they had their second child, Payton Marie on April 5, 2011. They welcomed their third child Aubrey Ann on January 26, 2014.

Salary and Net worth of Chris Kunitz

Kunitz contract extension with the club saw the pay rise to $14.9 million for 4 years. He then spent 5 seasons with Penguins where he was paid $19 million in total.

His current net worth is estimated to be $14 million.