Chris Driedger is a Canadian professional ice hockey goaltender who is currently signed to the National Hockey League (NHL) side Seattle Kraken. He was picked by the Ottawa Senators in the third round (76th overall) of the 2012 NHL Entry Draft.

How Much Is Chris Driedger's Net Worth In 2021? Salary & Contract Details

Chris Driedger is in a relationship with Rachael Mclean, a nurse based in Boston. Media are yet to discover their love story: when the duo met and started dating? 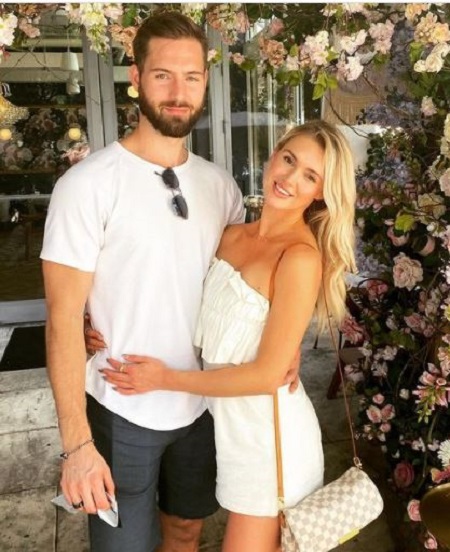 The couple first came out publicly on the internet in early 2020. Since they are regularly posting each other's pictures via their respective pictures.

In the 2012 NHL Draft, Driedger was drafted in the third round by the Ottawa Senators. However, he continued to play with the Calgary Hitmen though to the end of the 2013–14 season.

On 1st April 2014, the Ottawa Senators signed Driedger agreed on a three-year entry-level contract. On 26th March 2015, he made his NHL debut with Ottawa, entering a game against the New York Rangers. Following five seasons at the Senators organization, Driedger was released as a free agent.

On July 3, 2018, he signed a one-year AHL contract with the Springfield Thunderbirds, the primary affiliate to the Florida Panthers.

In the 2018–19 season, Driedger initially split his time between the Thunderbirds and Manchester Monarchs of the ECHL, before getting himself totally in the AHL. He played 16 games with Springfield before he was signed to a two-way NHL contract with the Florida Panthers for the remainder of the season on February 24, 2019.

On April 30, 2019, Driedger inked a two-year contract extension with the Panthers On July 21, 2021, he was picked from the Panthers at the 2021 NHL Expansion Draft by the Seattle Kraken. Further, he was immediately signed to a three-year, $10.5 million contract by the Kraken.