Chris Baker is an American professional golfer who currently competes in the PGA Tour Tournaments. He recently turned heads after showing an unexpected performance in the final qualification for the US Open at Woodmont Country Club in Rockville, Maryland.

Baker was born in Brownstown, Indiana on March 1, 1986. His best result in major championships includes a T26 finish at the 2021 US Open.

As a teenager, Baker had won the 2003 Indiana High School State Championship while as a college student, he had won the 2007 Big Four Tournament. In 2008 he graduated from Iowa State University and quickly turned professional playing on mini-tours. 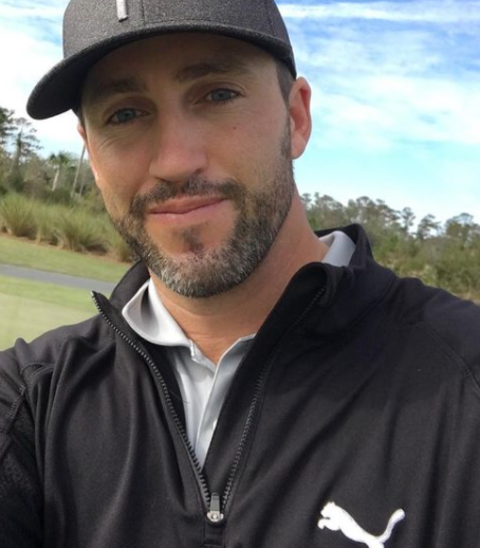 The Brownstone-born golfer made a come back to the eGolf Professional Tour and finished 29th on the money list in 2011. He first gained reasonable attention among the golf critics at the 2013 Web.com Tour Qualifying Tournament where he finished 42nd with a total score of 420.

His next major achievement was considered a 3rd place finish at the Digital Ally Open in August 2015. In 2016, he had two top 5 finishes at the Korn Ferry Tournaments. In 2019, he managed to slip through the top 10 rankings on seven developmental tournaments. Baker made his PGA debut on September 15, 2020, competing at a Military Tribute at The Greenbrier. 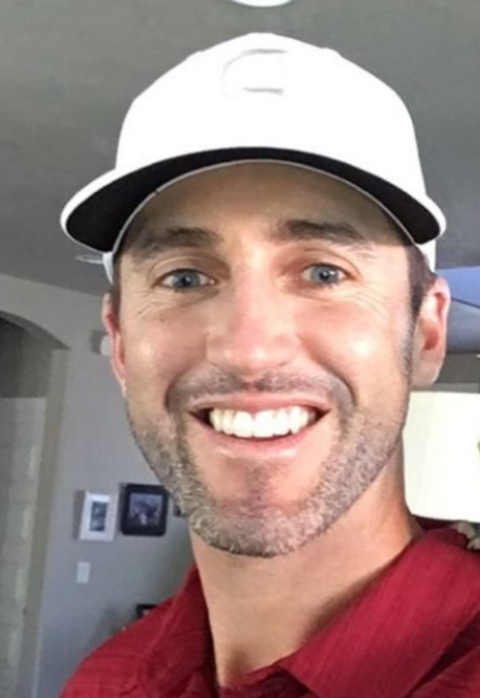 Summing up the above figures, his to date on the field takings sum up to around $890,000. However, the details regarding the actual number that defines his net worth are yet to be let out. Though, the analysis and guesswork seem to agree his fortune is either in the domain of half a million or even in the million vicinities.

Chris Baker's Girlfriend; Is he Married?

Baker is currently in a relationship with his fiancee, Kristen Flake. A North Augusta native, Flake is a former student of South Carolina University and a pharmacist by profession. The soon-to-be husband and wife reside in Columbia, South Carolina.

The Hoosier golfer's first public appearance with Flake was noted on his November 6, 2016, Insta post. The picture, though, didn't reveal much about his relationship with his future fiancee as the image at the time appeared to be nothing other than a casual group snaping.

It wasn't until his April 8, 2017, Instagram episode that he revealed something much more than friendship had been going between him and the brunette. The duo's picture taken somewhere in Augusta, Georgia pretty much confirmed that they had become a thing. 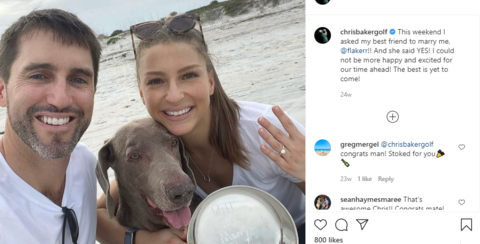 Fast forward to January 5, 2021, the pair took a new step in their relationship with Flake saying yes to Baker's proposal. Announcing the betrothal, the golfer wrote, "This weekend I asked my best friend to marry me, @flakerr!! And she said YES! I could not be more happy and excited for our time ahead! The best is yet to come!"