Charles Howell III was born Charles Gordon Howell III on June 20, 1979, in Augusta, Georgia. He is the only child born to Charles Howell Jr. and his wife, Debbie Howell. His father is a pediatric surgeon in Augusta, Georgia. Charles graduated from Westminster Schools of Augusta and enrolled at Oklahoma State University, where he studied Business Management. Charles stands five feet and eleven inches tall and weighs 70 kgs (155 lb).

Charles Howell III Net Worth, Career Earnings, and Sponsors in 2021

Charles Howell III is ranked at No. 21 in All-Time Money Leaders from Golf. Charles has an estimated net worth of more than $30 Million. Howell credits most of his net worth to his successful career in golf. As a golf player, Charles must have made millions from his sponsors like Mizuno, Dunning Golf, FTI Consulting, Lexus, Flight Options, GE, Titleist, and Trion Z. 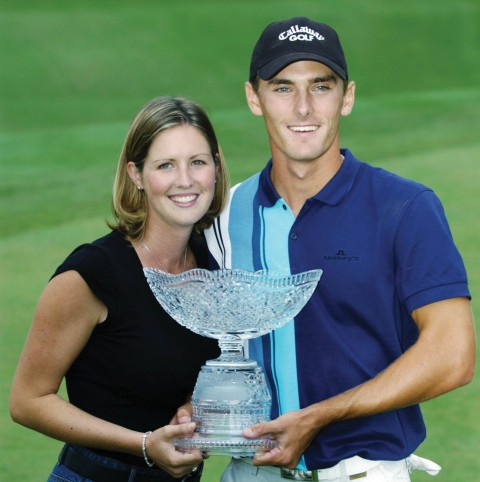 Howell along with his wife and his PGA Title SOURCE: Gold Digest

In the ongoing season of 2021, Charles has already made $715,000 from just twelve events. Last season, He had earned $1.5 Million from twenty-two events. Howell took home $1.5 Million in his rookie year when Charles finished inside the top-10 in two events. The following year, He earned $2.7 Million in a season and won his first PGA Tour. In the 2018/10 season, The golf player played in twenty-seven events and earned $3 Million, which remains his highest-earning in a single season.

Who is Charles Howell III Married To? Know About His Married Life

Charles is a married man living a happy married life along with his wife and their children. Howell walked down his wedding aisle with Heather Myers in 2001. They were in a romantic relationship for some time before their marriage. The duo had a private wedding ceremony and invited only a few close friends and family members from both families. 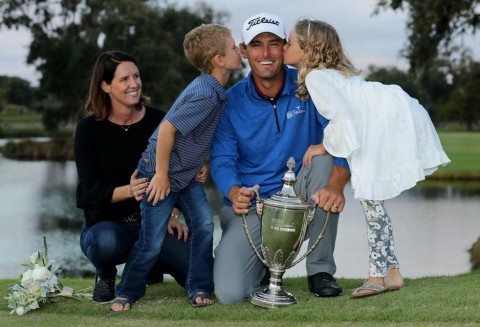 Charles along with his wife and their children SOURCE: Golf Weekly

Shortly after the wedding, The duo welcomed their first child, Ansley Grace. Following the birth of Ansley, Charles and Heather were blessed with another child, Chase. The golf player is very much private about his family. He has become successful in keeping them away from the spotlight. In 2019, Howell took his family on a five-week tour of Asia.

Charles's neighbor, Graham Hill, introduced him to golf at the age of seven. He was a member of the Augusta Country Club. Howell played in three professional events as an amateur. He turned professional in 2000 and made his debut in the Canon Greater Hartford Open. Charles also played in European Tour in 2001.

In 2002, Howell missed his first PGA Title with two strokes behind Vijay Singh. The same year, He won his title PGA Tour Title at Michelob Championship at Kingsmill. In 2003, Charles reached No.15 in World Golf Ranking, which remains the highest in his career. It took him five years to win his second PGA title in 2007.

Augusta Native Charles has been playing in Major PGA events like U.S Open, Masters Tournament but has not been able to win any of them. He won his last tour in 2018, winning RSM Classic.