Gossip Britt McHenry's Activity on Social Media; Also the Details of her Net Worth and Properties

Britt McHenry's Activity on Social Media; Also the Details of her Net Worth and Properties

Famed for her strong voice and stunning presentation, Britt McHenry currently hosts the Like It or Not show on WTTG Fox 5 in Washington D.C. alongside Bram Weinstein. 31-year-old Britt McHenry is the former ESPN reporter and with her praiseful career, she is successful to earn a lot of publicity and a big sum of money.

Also, the contributor of The Federalist and the Fox News channel, Britt is estimated to be enjoying the net worth of $1 million currently.

Well then, how much salary she earns and her property empire? Scroll down slowly as we provide you all the information about her earnings, income, and properties.

Net worth and Salary of Britt McHenry

It seems Britt loves to list herself among the low profiled celebrities. Yeah, like her personal life details, Britt McHenry strictly has kept the cover over her property details too. However, as per the sources, McHenry's current net worth as of 2018 is $1 million. 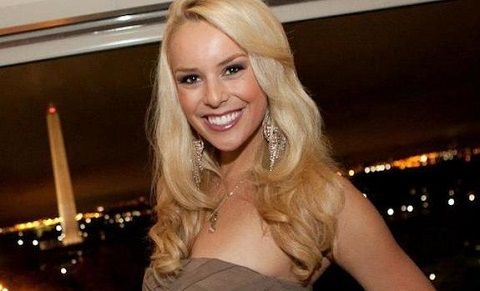 Reportedly, the salary of Britt in the WTTG Fox 5 is nearly $40,000 annually. While from her work in Fox News and The Federalist, Britt McHenry earns around $50,000 annually. However, the exact figure is not disclosed.

Blessed with a successful career, Britty beside anchoring and hosting also works as an endorser for the brands like MVMT watch and Timeless Organics Skin Care. Though her the deal of the endorsements is not disclosed, she probably gets a good payment for the endorsement.

Love using this @timeless_organics_skin_care Hydrating Mask. It's my go-to after yoga and a full day of workouts. Even the fellas will want to use this at night. Just mix it with water and feel like a new person before bed. Been essential for getting back on camera very soon ????. Use Summer20 for 20% off at the website #ad www.timelessorganicsskincare.com

Also, Britt actively shares the post of her travels on her Instagram too, probably promoting the beautiful places to visit.

Love the Florida East Coast. It's home. If #HurricaneIrma hits any part...or if it goes through the Keys as it's slated to right now, I will be home helping. Melbourne Beach & Mile Marker 98 Key Largo. ?? you and coming home

NYC looked a little better with a filter. What a view from the Mandarin. ?? #tableforone

Now it's time to know some more about Britty's career. Scroll down.

Career and the controversial glimpse of Britt McHenry

Initially, while in Satellite High School, Britt used to play soccer where she played with the current United States Women's National Soccer Team goalkeeper Ashlyn Harris. Then Britt attended Medill School of Journalism and graduated in 2008.

Soon after that, Britt began working in WJLA-TV and NewsChannel 8. Britt who worked for Fox Sports San Diego as a dugout reporter for 2 weeks, later in March 2014, joined ESPN where she worked till 2017. While in ESPN, Britt earned the annual salary of $38,000. 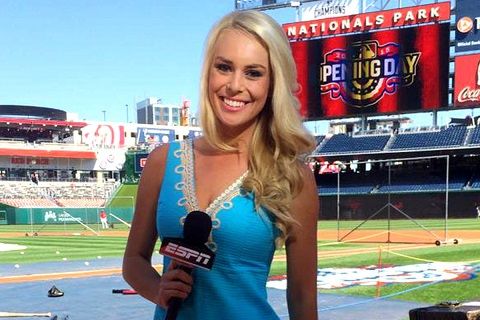 Besides her professional achievements, Britt McHenry's controversial issue is not forgettable too. Britt was suspended by ESPN for a week after Britt verbally abused a tow lot employee, Joey Dillon on video segments LiveLeak on April 16, 2015.

Later, Britt apologized for her discourtesy on Twitter, have a look.

In an intense and stressful moment, I allowed my emotions to get the best of me and said some insulting and (cont) http://t.co/Wx37XF2QtM

But, the story of controversy was not over for Britt. In January 2018, Britt was reported to have bought Twitter followers, which also included NFL Hall of Famer Ray Lewis, in the same issue.

Though, amid of the controversy, Britt still has marked herself as one of the prominent hosts.

Let's wish her best for further and stay tuned!