Brian McCann is a professional baseball catcher originally from America. He plays for the Atlanta Braves of the Major League Baseball (MLB). Besides, he has played in MLB for the Braves, the New York Yankees, and the Houston Astros.

Likewise, this seven-times All-Star and a six-time Silver Slugger Award winner is currently married to his beautiful wife, Ashley McCann. Further, the duo is blessed with a son, Colt Michael, and daughter, Colbie.

Brian McCann Net Worth and Earnings in 2019

Brian McCann has a huge jaw-dropping net worth of $65 million. Besides, as per spotrac, Brian has a huge salary of $2 million as of 2019. Besides, he has appeared in a total of 16 seasons in the MBL and has made total career earnings of $129.6 million.

Brian McCann Personal Life; Know about his Wife and Children

Brian McCann is currently married to his long-time girlfriend, Ashley Jarusinski. As per some sources, the duo met each other, when Ashley was preparing for her graduation from Auburn University in 2006. 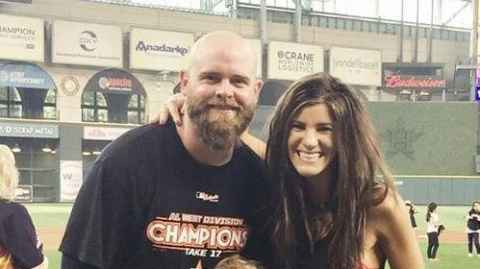 Besides, the lovebirds are the proud parents of two beautiful children; Colt Michael born on July 12, 2012, and daughter Colbie, born on September 23, 2013. 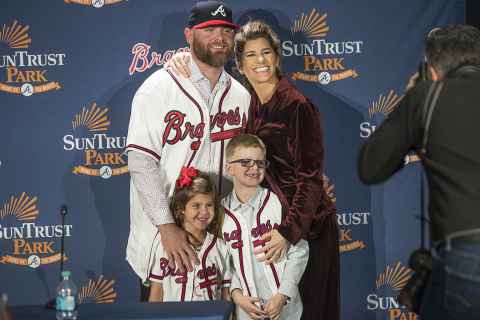 Brian McCann with his wife and children SOURCE: Twitter

Likewise, Brian has never involved himself in any affair or past relationship. It seems like the player has a clear past record as we don't have any records regarding his previous dating history. Besides, he is also not involved in any rumors or controversy to date.

Brian McCann stands at a perfect height of 6 feet and 2 inches. Besides, he has a highly-maintained healthy body that weighs about 80 kg.

To be more precise, McCann was born to Howard and Sherry McCann. His dad worked in Georgia under Steve Webber as an assistant baseball coach at the moment, and his mom worked in the Athens Regional Hospital. 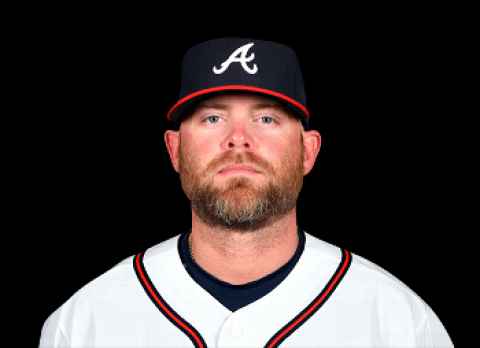 McCann was not the only child of his parents, his older brother, Brad McCann, played at Clemson and was selected in the sixth round of the 2004 Major League Baseball draft by the Florida Marlins.

On June 10, 2005, Brian McCann made his Major League Baseball debut with the Braves after playing for the Rome Braves in the minor leagues. For most of the 2005 season, a personal catcher for John Smoltz, McCann hit his first home run in his second regular-season game and became the first Braves player in franchise history to hit a home run in his first at-bat playoff on October 6, 2005.

McCann agreed to a five-year, $85 million agreement with the New York Yankees on November 23, 2013, with a sixth-year vesting option. The Yankees on December 3 formally announced the agreement. In honor of Whitey Ford, McCann wore number 34 as number 16 is retired.