Joseph Brian Gay a.k.a. Brian Gay is an American professional golfer who currently competes on the PGA Tour. Earlier, he also played is the Asian Tour. Turned professional in 1994, to date he has won 14 titles which includes his 5 PGA Tour titles.

Fort Worth, Texas native, Brian Gay was born on 14th December 1971, under the star sign Sagittarius. By nationality, he is an American who belongs to a white ethnic background. Primarily raised at Fort Rucker, Alabama, Brian's father was a U.S. Army noncommissioned officer involved in flight operations and a member of the All-Army golf team in his spare time. The forty-nine years old stands 5 ft 10 in (1.78 m) and weighs 165 lb (75 kg; 11.8 st).

How Much Is Brian Gay's Net Worth? Prize Money

As of 2022, Brian Gay's net worth is over $20 million. The significant source of his earning his golf career. He is ranked #64 with total earnings of $23,975,128 in the All-Time Money Leaders as of December 2020. Not to mention, Tiger Woods, Phil Mickelson, and Jim Furyk hit the 1st, 2nd, and 3rd ranks respectively.

Besides endorsement is another source of income for the pro golfer, he is currently endorsed by Trendy Golf, Gfore, and many others. 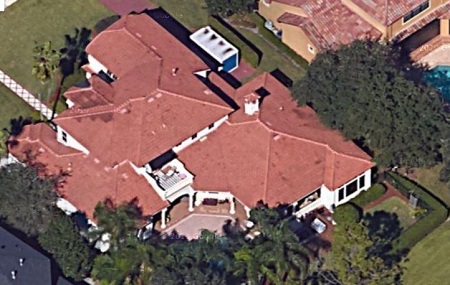 Brian Gay's Wife: Is He Married?

Brian Gay is married to his longtime girlfriend, Kimberly Gay. His wife knew nothing about the game of golf when she met Brian at football's largest cocktail party - the University of Georgia vs. University of Florida smackdown. She was in the midst of building her career as a pharmaceutical sales representative at the time.

In an interview, Kimberly said, "He tells everyone I asked him out". While dating Brian, she secretly started taking golf lessons and read every golf book she could find. 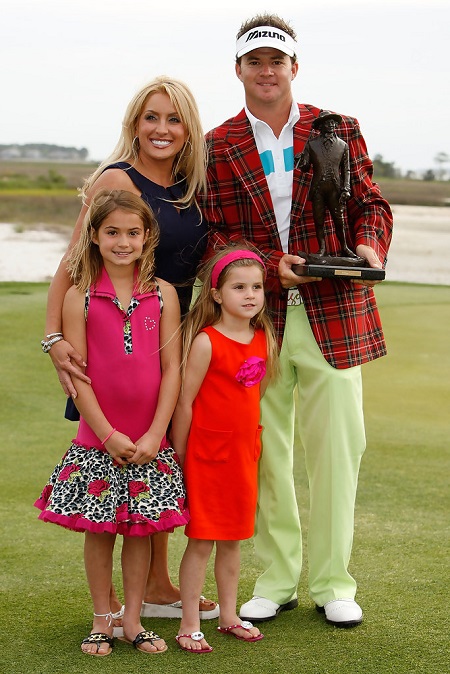 Brian Gay's and his wife with their daughters SOURCE: Zimbio

Brian and Kimberly tied the knot in 1997. They share two daughters. Their eldest daughter, Makinley Gay was a cheerleader at the University of Florida. Brantley Gay is a softball player.

Their first meeting led to love, marriage, children, and a very strong partnership. It may seem as though Brian is the one doing all of the work, but Kimberly is the anchor behind it all. She is also very involved with other PGA wives.

Turned professional in 1994, Gay joined the PGA tour later five years in 1999. He first tested his PGA Tour win in 2008 at the Mayakoba Golf Classic at Riviera Maya-Cancun after 293 PGA starts. Subsequently, he won the following year at the Verizon Heritage by ten strokes, finishing at 20-under par, which is one of the biggest wins in the PGA Tour's history. Moreover, he was featured in the top 50 of the Official World Golf Ranking, ranking as high as 35th that year. What's more, he had his 3rd PGA win that same year on 14th June 2009 at St. Jude Classic by five strokes over David Toms and Bryce Molder for his second wire-to-wire.

In 2013, Gay defeated Charles Howell III on the second hole of a three-man sudden-death playoff when he made birdie which helped him to earn the PGA Tour Player of the Month award for January.

In November 2020, he kissed his fifth PGA Tour victory at the Bermuda Championship when he defeated Wyndham Clark in a playoff.