Anderson was born on 18 January 1964 in Silver Spring, Maryland, at Carlsbad High School in Carlsbad, California. Brady joined the University of California, Irvine, and played as an outfielder there. Anderson left college after his junior season after he was drafted by the Boston Red Sox in the 10th round of the 1985 Major League Baseball draft.

Currently, Anderson after his divorce with his former wife Sonia Vassiis is not in any relationship and no stories are found of him having a girlfriend. He got. Nowadays, he is living with his daughter at Silver Spring, Maryland.

Talking about his body measurements, he is 6 feet in height and also has a weight of 91.6 kg. Besides, his current age is 54 years. Brady's teammate and his best friend Hall of Fame infielder is Cal Ripken Jr. Brady Anderson currently is now a Vice President of Baseball Operations for the Baltimore Orioles.

Brady's major league debut was on April 4, 1988. On July 30, he was traded by Red Sox and Curt Shilling to the Baltimore Orioles for Mike Boddicker.

In the first place, he played as a full-time player in 1992. Apparently, he earned his first All-Star nominations in the 1992 All-Star Game at San Diego on July 14.
As a matter of fact that, by the end of the season Brady became the first player in the American League history with 20 homers, 50 steals and 75 RBI in a season.

Despite being ill by chicken pox, Brady led all American League leadoff hitters in extra-base hits. Moreover, he also led the Orioles in eight offensive categories, including his fourth-highest total in the American League.

In the 1994 season, Brady scored 1.000 fielding percentage with his 31 stolen bases in 32 attempts, is also a major league record for more than 25 steals.

In the 1995 season, he set a new American League record with 34 consecutive stolen bases. Later on, his record was cut off by Chicago's Tim Raines. Brady was considered the hardest to double up in the American League. 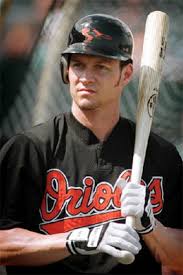 Brady broke the Frank Robinson's record for most home runs in a season by a Baltimore Oriole. Apparently, he also became the only player in major league history to be in the 50-20 club and the 20-50 clubs.

Besides, Anderson also shattered a major league record by leading off four consecutive games with a home run, also named as the league's third-best defensive outfielder in the Baseball America "tools of the Trade" poll.

Though Brady was suffering from the broken rib, he led the Orioles to a wire-to-wire American League East Title with a record of 98-64. Brady's All-Star appearance at the 1997 All-Star-Game in Cleveland was his third award.

During 1998, Brady appeared in the cover of the Konami video game Bottom of the 9th '99, which was released on 1998, August 31 for the PlayStation.

During his 1999 season, Brady rebounded from an injury-plagued campaign for one of the best all-around seasons of his career.

There are no exact details about the net worth of Brady, but the average salary of Major League Baseball player is around $4million. 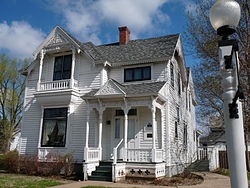 Anderson might have earned the same amount during his game career.