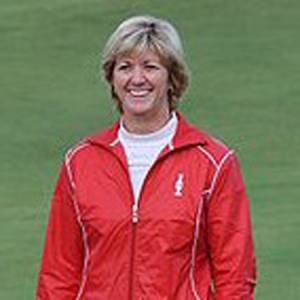 Beth Daniel is one of the accomplished golfers. She became the member of the LPGA Tour in 1979 and won 33 LPGA Tour events throughout her career. She is a member of the World Golf Hall of Fame.

Daniel was born on October 14, 1956, in Charleston, South Carolina, United States. She is of American nationality and her ethnicity is white. Born in the mid of October, his zodiac sign is Libra.

Daniel grew up in a golf family and started playing golf at the age of six. Her family early associated with the Country Club of Charleston. She later attended Furman University and won the U.S. Woman’s Amateur in 1975 and 1977, the Women’s Western Amateur in 1978, and was one of the U.S. Curtis Cup teams in 1976 and 1978.

Daniel first win came in the year 1979 at the Patty Berg Classic, and she went to bag the LPGA Rookie of the Year award. Over the next five years of her career, she managed to win 13 tournaments and named LPGA Tour Player of the Year in 1980’s.

Daniel was winless from 1986 to 1988. However, the year 1990 was her most successful on LPGA tour. She won seven times and named Associated Press Female Athlete of the Year.

Daniel has shared very limited of info about her personal life. She has not mentioned about her affair, boyfriend, dating history or the married life. It seems Daniel is not married or not having an affair with anyone. Previously, she might be in an affair with someone. However, without any correct info, it is difficult to say anything about her.

Besides her career, she is joyful and enjoys her life. She is quite close to her family members especially her father and mother. She is a huge dog lover. She has two puppies in her home.

Daniel has never been caught in the controversy. She has reached the age of 60 now. She has a world standing height of 5 ft 11 inch, which is around 1.80m. Her weight is around 66 kg.

The golfer who has won several championships has bagged numerous awards throughout her career. Over her career, she has accumulated cash prize of $7,553,202. She has a whopping net worth of $3 million.