Austin Allen Romine well known as Austin Romine is an American professional baseball catcher for the New York Yankees. He made his MLB debut in 2011.

Romine reportedly earns $1,800,000 per annum as salary from the New York Yankees and has an estimated net worth over $3 million. He is married.

How Much Are Austin Romine Net Worth & Salary In 2019? Know His Contract 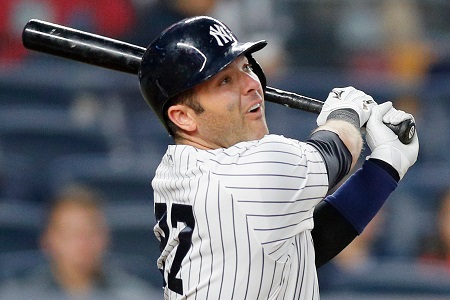 Romine is a rising name in the world of baseball. He has accumulated a huge amount of earnings throughout his career. As of 2016, his salary is $556,000.

Romine has set a perfect example for upcoming generations. He has millions of fans from around the world and is seen on his Twitter account.

Romine married his long-term girlfriend Alexandria after having an affair in 2013. Before being knotted, the duo dated for several years.

Since getting married, the couple is extremely happy in their relationship. In their 4 years married life, they are happy and have no issue of divorce till the date. 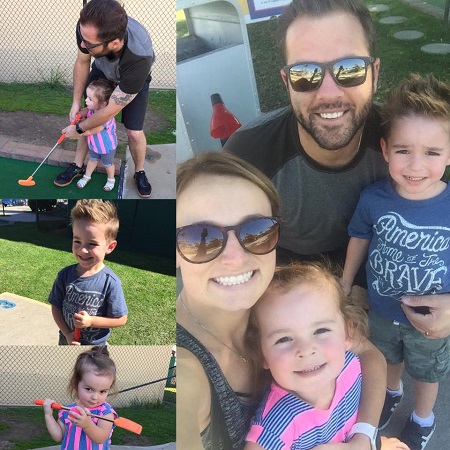 Romine was born on November 22, 1988, in Lake Forest, California, United States. He holds an American nationality and is of white ethnicity. Born with great wisdom and willpower, his zodiac sign is Sagittarius.

Romine was born to Kevin Romine. His father played for the Boston Red Sox from 1985 to 1991. His brother Andrew Romine is also a baseball player, who currently plays for the Detroit Tigers.

Romine went to El Toro High School in Lake Forest California, where he played for the school baseball team with Nolan Arenado.

Romine drafted by the Yankees in the second round of the 2007 Major League Baseball Draft.

In 2009 season, Romine was the fourth-best prospect for Yankees. In 2009, he was honored as the Florida State League Player of the Year.

Upon competing in the big league, Romine was assigned to the Double-A Trenton Thunder to begin 2011 season.

On September 10, the Yankees promoted Romine to the major leagues. Due to the bulging discs in his back, He missed most of the games in 2012 seasons.

On August 4, 2013, Romine managed to hit the first home run of his Major League career off of San Diego Padres pitcher Dale Thayer.