Didi Gregorius is a Dutch professional athlete well known for his stellar major league baseball career as a shortstop for the New York Yankees. Previously he played for the Cincinnati Reds in 2012 and Arizona Diamondbacks, from 2013 to 2014.

Gregorius is currently dating his girlfriend Judy. He has an estimated net worth of $10 million as of 2020.

Didi Gregorius Net Worth In 2020; Know His Contract and Salary

In 2018, he had an annual salary of $8.5 million for the 2018 season. While the highest-paid Yankees' players like Giancarlo Stanton, Masahiro Tanaka, and Aroldis Chapman earn $25 million, $22 million and $15 million respectively.

Gregorius has millions of fans from around the world. His fans are curious about his affair, girlfriend, dating history, or marriage life.

Gregorius is unmarried and does not have a wife in his life. Currently, he is dating a beautiful girl named Judy Henriques. Gregorius also posted his photos along with her girlfriend on his social media account. They are often seen together in places like restaurants, malls, and parties. 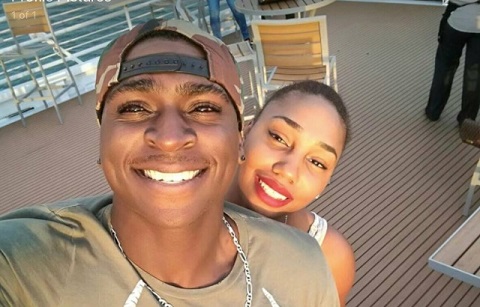 His girlfriend Judy is a model and a student from Curacao.

Despite being popular celebs any kind of controversy has not affected his professional as well as his personal life. Gregorius is fluent in four languages: Dutch, Papiamentu, Spanish, and English.

Gregorius was born on February 18, 1990, in Amsterdam Netherlands to Johannes Gregorius, Sr. and Sherista Stroop.

Gregorius' father Johannes played for the Amsterdam Pirates in Honkbal Hoofdklasse and worked as a carpenter and his mother also played softball at the national level.

He has an older brother named Johannes Jr., who played baseball for the Italian Baseball League team Curacao.

Gregorius followed the footsteps of his father and brother to become a proficient baseball player. In addition, he also excelled in the game basketball and soccer in his youth.

Upon playing at an under-18 tournament in The Hague in 2006, Gregorius signed a contract with Reds as an amateur free agent in 2007.

Gregorius chose Reds rather than Seattle Mariners or San Diego Padres because the Reds bring him to the United States.

In 2008, Gregorius made his professional debut with the Gulf Coast Reeds of the Rookie-level.

Gregorius was then called up for the major league in September 2012. He made his debut on September 5, 2012, and played eight games for the Reeds.

On Dec 5, 2014, the New York Yankees picked Gregorius, need to have a shortstop to replace the retired Derek Jeter

Gregorius has an outstanding international career. He represented the Dutch national baseball team in the 2011 Baseball World Cup. Moreover, he also performed for team Netherlands in the 2017 World Baseball Classic.