Atthaya Thikikul is a Thai professional golfer. The youngest winner of a professional golf tournament, she is an ambassador of the Ladies Asian Tour(LAT) Series. She was just 14 years old at the time of victory in that tournament.

A former world amateur number one, Thitikul's height is 5 ft and 4 inches. Attaya was born on 20th February 2003. Her zodiac sign is Piscesshe. Thailand-based golf player Thitikul lives in Ratchaburi, Thailand. She is ranked in 89th position worldwide for golf.

Thitikul, a rising star in the world of golf, was born and raised in Thailand. She spent her early life with her family in her birthplace Thailand. she was called the nickname "jeen" in her early life.

HSBC women's champion 2018 Atthaya Thitikul's parents are Montree Thitikul and Siriwan. Her family supported her a lot to start her career to play golf. 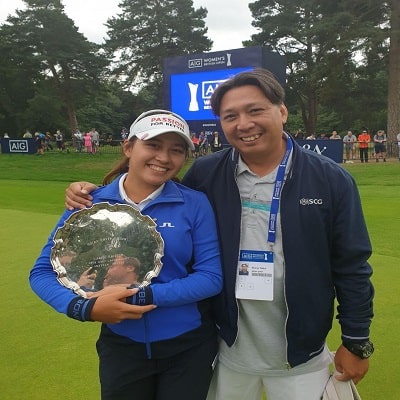 When she turned 9 years old, she watched the Honda LPGA Thailand 2012 and explored her idol as a famous player Michelle Wie.  Wie is one of the youngest players to qualify for the USGA amateur championship. By that time, she became eagerly interested in golf.

Thitikul's net worth is not exactly available. But, according to different sources, it is predicted that she has about $1.5 million. she earned $148,127 in Honda LGPA Thailand by becoming the runner cup of the tournament. 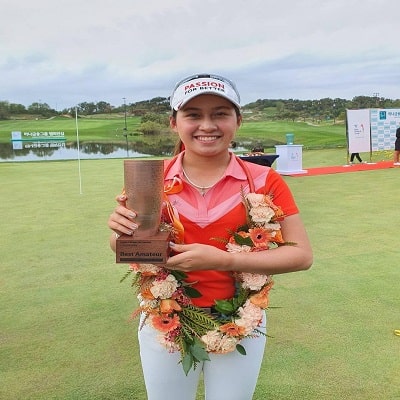 Atthaya is single. That's why Athlete Thitikul is not dating anyone yet. Her marital status is also single.

The past relationship status of Thitikul was also single. She's not engaged with anyone.

Starting her journey with golf from the age of just 6 years old, she achieved huge success. In the 2017 season, she made up to runner-up in Thailand Amateur. She was just entering her teenage while achieving it.

she could accomplish another victory in the Women's Amateur Asia-Pacific Championship in 2018. She was 15 years old at this time. This event was founded in the same year. she also became the first Thai player to win the Honda LPGA Thailand event which boosted her popularity.

After winning those titles, she started her professional career in golf at the starting of 2020. she won Tipsport Czech Ladies Open in 2021 in her vocation. She was overwhelmed by her fans because she could make it at the pandemic of covid-19.