Does marriage put life in the life partner? That's what most people assume, but not for the soccer star Cristiano Ronaldo and his long-time girlfriend, Georgina Rodriguez! Besides sharing a home, Ronaldo and his partner share an incredible story. And over the years, the footballer and his squeeze became husband and wife in everything except the paper. Hopefully, that might also be changing soon enough!

Although the Portuguese footballer holds many memorable moments in the soccer world, Ronaldo's journey in 2022 isn't one of them. For many years, Cristiano was the top dog more than a decade. And not only does the legendary soccer star feel frustrated with this season, but most of his fans feel the same. Thankfully, the Portuguese soccer star's wife in everything but paper, Georgina, stays by his side, supporting him in his time of need.

Portuguese Soccer Ace Cristiano Ronaldo and his Girlfriend, Georgina Rodriguez, share a life of husband and wife without tying the knot!

Marriage is a concept passed down from our ancestors, and a life partner and children come with marriage, which Cristiano Ronaldo shares with Georgina Rodriguez. Since the start of their relationship in 2016, the world-famous athlete and his girlfriend when through many series of ups and down. But the thing is, where many married couples failed, Ronaldo and his squeeze pushed through. 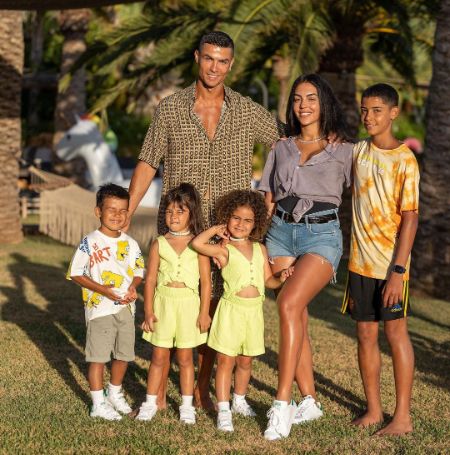 Firstly, the start of Cristiano and Georgina's relationship jumps straight out of a romance movie. When the millionaire footballer met his significant other, she worked at a Gucci store in 2016. Who said romance is gone? Both the footballer and the model claim that it was love at first sight. Locking eyes at the store, she and Ronaldo both shared a feeling of longing. And soon after, the duo met in a more "relaxed environment" away from work. And after meeting at another brand's event, the pair started dating secretly.

Ronaldo and his girlfriend started their relationship half a decade ago, and even now, the lovebirds remain in the said bond. And over the years, the footballer and his lover welcomed many joys and sorrows. A year after the duo started dating, Cristiano and Rodriguez welcomed their first child!

Ronaldo and Georgina became parents before getting hitched, and sadly, the pair lost a child in 2022.

And the soccer star and his lover named their daughter Alana Martina dos Santos Aveiro. But the footballer already had three children before Alana. However, the names of their mothers stay hidden from the world. 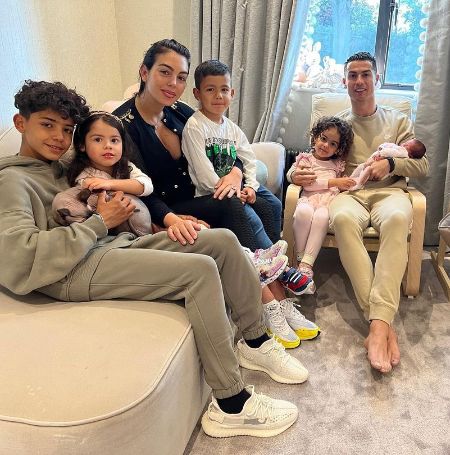 Before welcoming his partner Georgina and Alana was born, Ronaldo had a twin and a son. He named his firstborn after himself, Cristiano Ronaldo Junior. Similarly, the footballer named his twins Eva Maria and Mateo Ronaldo. The twins are two months older than Alana and were born through surrogacy. Technically, the twins are also Rodriguez's child. And more recently, the duo welcomed another pair of twins, but sadly, one of the said twins passed away.

Cristiano and his loving partner gave birth to fraternal twins in April 2022. But the world was shocked when the soccer star and his partner announced their son had passed away. The couple mourned in privacy, yet the overwhelming support from the fans and the football community warmed their hearts.

In 2017, when the soccer star and his girlfriend started their relationship, Cristiano Ronaldo found himself in a sticky situation. Allegedly, the Portuguese football ace spent a night with a reality star from his home country.

According to tabloids at the time, Ronaldo and the Portuguese reality star Natascha Sofia hooked up for a night. Despite Sofia's claims, Cristiano never spoke about the whole situation. Likewise, even with all the allegations about the one-night stand, Natascha never showed any proof.

If rumors are the be believed, then Cristiano Ronaldo proposed to his squeeze, Georgina Rodriguez!

After dating for six years and sharing multiple children, the next step would be marriage. And that's what the soccer star and his long-time girlfriend may have in mind. Cristiano Ronaldo and his lover Georgina Rodriguez share a live-in relationship. Ronaldo and Rodriguez have lived like a husband and wife for half a decade.

In 2020, the Spanish sports newspaper Mundo Deportivo reported that Ronaldo asked his long-time partner Georgina's hand in marriage. Likewise, the legendary footballer allegedly proposed to his girlfriend, Rodriguez, during their summer vacation. According to various online sources, Ronaldo asked the mother of his child to marry him in the presence of her friends during the party that Georgina hosted.

Rodriguez left her dream job to be with the man of her dreams!

When it comes to careers, many wish to join the entertainment industry or become famous in one way or another. But Georgina Rodriguez wanted to work in a designer store. And while she was working at the Gucci store, and the news about her dating the Portuguese ace became public, many fans flocked around the said store, begging the soccer player's girlfriend for pictures. And then, the store supervisors asked Rodriguez to leave the job. 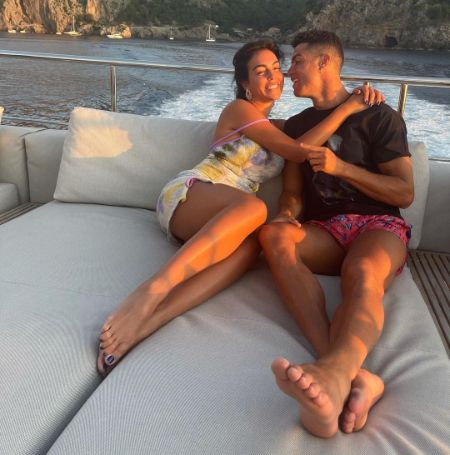 Thankfully, her boyfriend and father of her kids, Ronaldo, helped Georgina gain another job. This time she worked as a saleswoman in a Prada store. However, like the incidents in her previous store, the same happened in the new shop. Fans flocked to the store, not to buy anything, but in hopes of meeting the football legend, Ronaldo. And after this, Rodriguez spoke to the managers and mutually decided it would be best for both of them if she stopped working in the store.

Nevertheless, Cristiano's girlfriend/partner found success in the modeling industry. And currently, she gained a massive online following on social media. Despite leaving the designer brands stores in the past, Georgina still holds ties to them as a model and social media influencer.