Andrew Vaughn is an American professional baseball first baseman and outfielder who is currently signed to the Chicago White Sox of Major League Baseball. He finished his collegiate career in California and was picked by White Sox in the 2019 MLB Draft. He made his MLB debut in 2021.

How Much Is Andrew Vaughn's Net Worth In 2021? Salary & Contract

In 2019, the White Sox and Vaughn settled a $7.221 million bonus, becoming the setting a franchise record for the largest bonus given to a player selected in the amateur draft.

As of 2021, Victor Robles's net worth is approximately $7 million.

Reportedly, Vaughn is living with his girlfriend, Lexi Hickman, in a house in Litchfield Park, Ariz., near Glendale, where the White Sox have their spring training facility.

Her girlfriend, Hickman, is Ole Miss Alum who graduated in 2020. Andrew gave an IG shout, "So proud of you graduating this past week! So excited to see what the future holds for you." 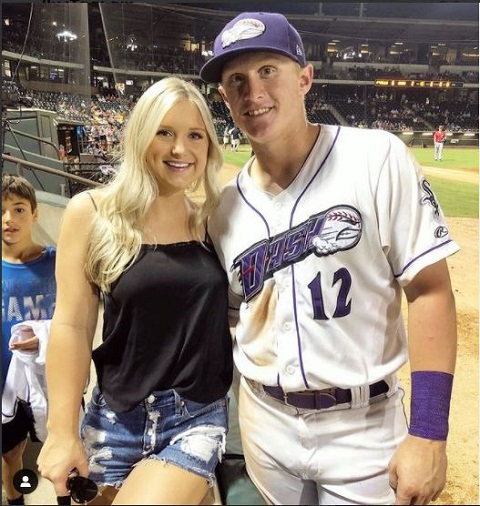 Vaughn made his relationship public with Lexi in 2018 through IG, around the same time the two began dating. Since the two are regular on each other IG posts and stories.

"No matter where it is, she always comes to find me," Vaughn wrote.

Vaughn attended the University of California, Berkeley, and played for the California Golden Bears.

In his freshman, he played first base and played 10 games as a pitcher. He won the Freshman  Pac-12 Conference Freshman of the Year Award after hitting  12 home runs while batting .349/.414/.555.

In the 2019 MLB Draft, Vaughn was picked by the Chicago White Sox with the third overall pick.

Soon, he was assigned to the Rookie-level Arizona League White Sox and was later promoted to the Class A Kannapolis Intimidators and again to the Winston-Salem Dash of the Class A-Advanced Carolina League.

In 2021, The  White Sox called Vaughn to spring training as a non-roster player. On White Sox opening days, Vaughn was promoted to a 40-man roster.

On 2nd April 2021, he made his MLB debut as the starting left fielder against the Los Angeles Angels. On 12th May, he had his first major league home run off of J. A. Happ of the Minnesota Twins.