Andrew Miller is a professional baseball player who is playing in the Major League Baseball(MLB) for the St. Louis Cardinals as a pitcher. Miller played for Detroit Tigers, Florida Marlins, Boston Red Sox, Baltimore Orioles, New York Yankees, and Cleveland Indians. Andrew is also the American League representative of the MLB Players Association.

Tigers selected Miller in the 2006 Major League Baseball Draft in the sixth round. Andrew is the winner of MLB All-Star twice and also the AL Receiver of the Year 2017. Miller is also a member of the United States national team. Facts about Miller's net worth, salary, career earnings, married life, wife, and children are described below in the article.

How much net worth and salary does Andrew Miller have? His Career earnings

Andrew Miller is among the highest earners of the St. Louis Cardinals players as his annual salary, and net worth is quite impressive. Well, he started his MLB journey almost a decade ago, and so far he has managed to earn a total of $61 million.

In addition to this, his net worth in 2019 is estimated to be around $50 million.

He is currently receiving a salary of around $11 million in the 2019 season whereas his salary in the previous season was about $9 million. Andrew is playing under a two years contract worth $25 million signed on  December 21, 2018.

Miller's current market value is listed around $17.9 million. Before this contract, he played with the New York for four years contract worth $36 million.

He also possesses some expensive assets including houses and cars whose total value is listed more than $10 million. Some of the professional players with such massive net worth invest in other business to earn some extra amount, and it seems that Miller has also invested in several other companies.

Who is Andrew Miller Married to? His wife and children

Andrew Miller is a professional player who is enjoying married life with his wife. Miller has been married to his wife for almost a decade as they got married in 2010. Miller and his wife Katie Miller dated for a long time before they tied the knot with each other.

Andrew met his wife for the first time when he was playing for the North Carolina University. 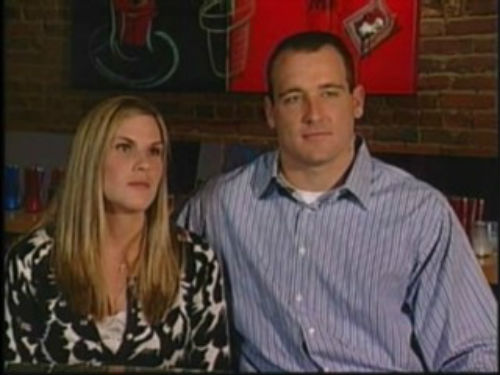 Andrew's wife is a former soccer player who was born to parents Bobby and Vicki Miller on February 10, 1985. She completed her graduation from the Providence Christian Home School in 2005.  She was interested in sports since her childhood. 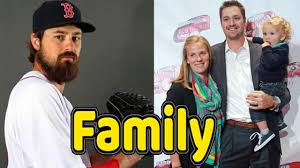 She spent her childhood with her sisters Stephanie and Emily, and brothers Jeff, Rob and Tim. She played college soccer for the Duke University.

Who is Andrew Miller? His Bio, Parents, and Childhood

Andrew Mark Miller was born on May 21, 1985, to parents Kim Miller and David Miller, in Gainesville, Florida. He spent his entire childhood with his siblings in Florida, where his parents raised them together. He holds American nationality and has white ethnicity.

He completed his graduation from Buchholz High School and played baseball for the high school team. After completing graduation, he attended the University of North Carolina (UNC) at Chapel Hill and completed his majors in Business Administration.

Andrew Miller is a professional baseball player who is playing in the Major League Baseball(MLB) for the St. Louis Cardinals as a pitcher.

Tigers selected Miller in the 2006 Major League Baseball Draft in the sixth round. During his long MLB career so far he played for several teams and played alongside some of the reputed names of MLB. He was traded to Marlins alongside Cameron Maybin and three other players for Dontrelle Willis and Miguel Cabrera.

Miller started his career with the St. Louis Cardinals on December 21, 2018, and signed a two-year contract.