Andrew Cashner is an American Professional Baseball player who plays in the Major League Baseball (MLB). As of 2018, Andrew Cashner currently plays for the Baltimore Orioles as their pitcher. Andrew Cashner has played for other teams like  Chicago Cubs, San Diego Padres, Miami Marlins, and Texas Rangers.

As per the reports, Andrew's marital status is unmarried. Also, the information about his probable girlfriend is still undercover and this automatically rules out him having a wife. 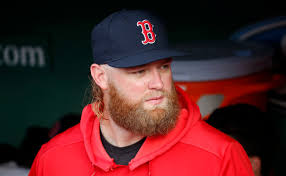 In conclusion, Cashner has maintained his life low profiled. He hasn't dropped a single hint about his personal life in the media yet and more especially about his probable wife or girlfriend.

Furthermore, there isn't any information about endorsement deals and personal asset in the media yet.

Talking about Andrew's body measurement, he has a well-built body with decent height and weight. Especially, he stands at a height of 6 feet 6 inches and weighs around 235 lbs.

Moreover, Andrew seems to keep his life low profiled. He is yet to be found in the social network. However, he has an enormous number of followers in real life.

Andrew Cashner was born on September 11, 1986, in Conroe, Texas to parents Jeff Cashner and Jane Cashner. As per his nationality, he is American and belongs to the White ethnic group.

Further, his star sign is Virgo. He grew up along with his siblings, a brother, and a sister, but the details about them are still behind the rock.

Talking about his education, he graduated from Conroe High School in 2005 and later attended Angelina College and Texas Christian University.

In the first round, 19th overall, in the 2008 Major League Baseball Draft from Texas Christian University, Cashner was drafted by the Chicago Cubs. 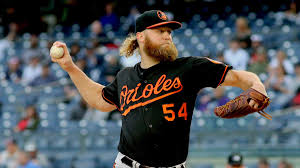 As per his recent contract, Cashner signed a two-year, $16 million contract with the Baltimore Orioles on February 15, 2018, which also included a third-year vesting option.