Simmons is happily married to his beautiful wife, Gabriella Simmons.

Is Andrelton Simmons married? Who is his Wife?

Andrelton Simmons is married to his beautiful wife,  Gabriella Simmons. The couple tied the knot in November of 2015. Andrelton dated his girlfriend for quite a long time and proposed her for wedlock on August 10, 2015. 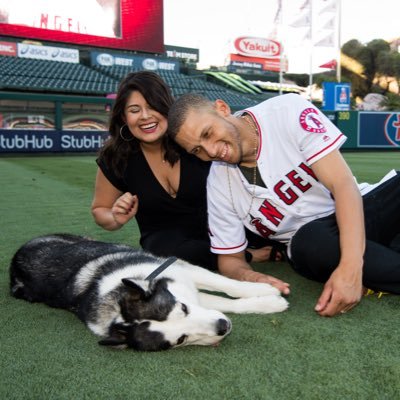 Well, Andrelton and his spouse had a very unique wedding. However, they invited their close friends and family saying that they were throwing an engagement party and took the vows by shocking everyone. They were too amused by everyone's reaction.

Despite being married this long, they do not have any children. Maybe, they aren't ready for the parenthood and must be waiting for the perfect time to start another new journey.

Talking about his body measurement, the famous MLB star is 1.88 m in height and weighs around 88 kg.

Andrelton's wife Gabriella is a makeup artist and makes beauty videos on youtube. Further, she runs her own channel called Gabriella which of course in her name. 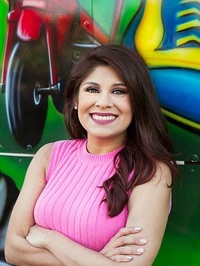 She is such a brave woman and Andrelton always supported her in her hard time. He cared for her so much during her Kidney transplant time.

How Much is the Net Worth of Andrelton Simmons in 2019? His Career Earnings

Andrelton Simmons so far has made earnings of $44,162,758 from his entire MLB career

Compared to another famous athlete, he is also one of the players who earn a decent amount of money from endorsement deals. However, detailed information about his deals is yet to be revealed in the media.

Exploring his social accounts, we found that he promotes the shoes of Addidas. So there might a possibility that he has a contract with Addidas for the endorsement.

Andrelton Simmons was born on September 4, 1989, in Mundo Novo, Willemstad, Curaçao, Netherlands Antilles to parents Elston Simmons and Myrella Simmons. As per his nationality, he is Curaçaoan and belongs to the mixed ethnic group. Further, his star sign is Virgo.

Simmons played baseball with his fellow natives from Curaçao; he also played basketball and soccer. Because of his slight construction, until he attended Western Oklahoma State College in Altus, Oklahoma, Simmons did not draw much attention from MLB scouts.

In the second round of the 2010 Major League Baseball Draft, Simmons was drafted by the Atlanta Braves. His debut was against the Washington Nationals on June 2, 2012. The Atlanta Braves signed a $58 million seven-year deal with Simmons on February 20, 2014.