Amy Olson is a well-known American professional golfer on the LPGA Tour. She has been playing golf since 2013. Amy started her career after graduating from North Dakota State University. She came to the limelight after winning an NCAA record 20 collegiate events.

Amy Olson was born Amy Anderson on July 10, 1992, in Oxbow, North Dakota. Amy is among the two children born to Mark Anderson and his wife, Twyla Anderson. There is nothing much information about her parent's occupation with the media. Amy has a brother named Nathan, who is also a golf player.  Anderson was homeschooled through high school before attending North Dakota State University.

Amy Olson has an estimated net worth of more than $2 Million. Amy is very much early in her career. She shall be earning much more in the days to come. The golf player credits most of her net worth to her successful career in golf. Adding up her total income from golf, it sums up to $2,100,952. 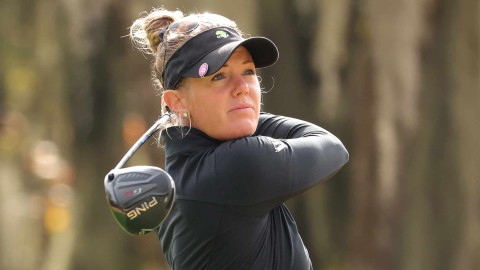 Recently, In U.S Open, Amy finished second and earned $487,286 as her prize money, whereas Inbee Park finished sixth and earned $177,909. Olson has an endorsement agreement with Fargo-based Bell Bank. After finishing in the top-10, Olson's total career earnings crossed over $1 Million in 2018. In 2011 she was the first woman to compete in the KX Bank of the West Amateur Tournament.

Who is Amy Olson's Husband? (Married Life and Children)

Amy Olson is living a happy married life along with her husband. Amy tied her wedding knot with Grand Olson on June 15, 2017, at  Rustic Oaks Moorhead, Minnesota. The duo had been dating for several years before tying their wedding knot. They had a private wedding ceremony where they had invited only a few members from both the families and some close friends. 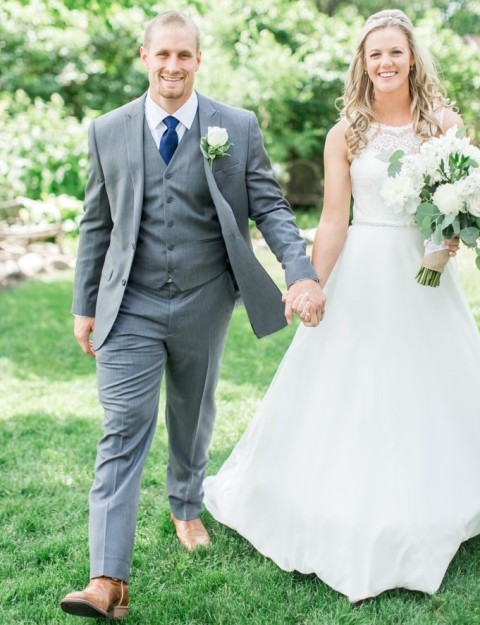 Grand is a linebackers coach at FCS power North Dakota State. Recently, Amy's father-in-law passed away. Both of them are very much early in their career. So, They are not expecting a baby any time soon. Both of them seem to be very supportive of each other and can be seen attending each other's games. Amy is an active social media user. She keeps posting photos and videos of her training and her games regularly.

Olson started her career as an amateur and winning several local and regional competitions. She rose to fame after winning the U.S. Girl's Junior in 2009. During her four years at the university, she won 20 collegiate events shattering the previous record of Juli Inkster. She gained her LPGA Tour card in June 2013 to be part of the rookie class in 2014.

In 2018, Amy came close to winning her first major title but lost on the final day. She is a rising golfer and possesses a huge talent in the coming days. As of 2020, Olson is competing for the USWO Final up against Hinako Shibuno.