Alan Trammell is a former baseball, shortstop, manager and a coach. He played 19 years of career with Detroit Tigers. Currently, he works as a special assistant to the General Manager of the Detroit Tigers.

How Much Is Alan Trammell Net Worth In 2021? Know His Salary and Career Earnings

As of 2021, Alan Trammell has an estimated net worth of $15 million. Currently, he is serving as a special assistant to the General Manager of the Detroit Tigers, where his salary is estimated no less than the six-digit figure per annum.

Widely Admired Alan Trammell has maintained a pretty amount of bank balance from his career earnings. 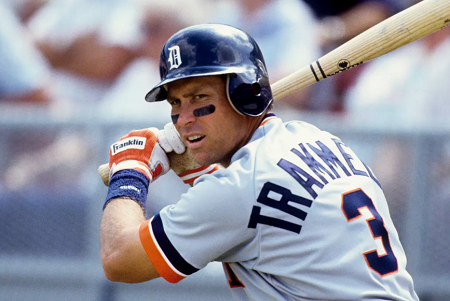 Additionally, the former Detroit Tigers shortstop has put an investment property in San Diego on the market for $499,000 in 2015.

Alan Trammell is a married man. He married his girlfriend Barbara Leverett. Reportedly, they celebrated their marriage in a small ceremony in the California city in 1978. The couple has crossed 41 successful years in their relationship and they are still going strong.

From his married life with Barbara, Alan fathered two sons and a daughter, Lance Trammell, Kyle Trammell, and Jade Lynn Trammell respectively. Alan Trammell is one of the legendary figures in the world of baseball and is currently at the age of 59.

Despite in the sixties, he has maintained a great physique. He has a height of 6 feet, which is around 1.83m and he weighs around 175lb.

He has the busiest schedule but he maintains a perfect balance between professional and personal life. He is a responsible husband as well as a caring father.

From an early age, Alan Trammell was interested in baseball. He also played baseball during high school.

In 1977, Alan turned pro and in 1983, he manages to win the MLB Comeback Player of the Year Award in the American League. In 1984 Alan became America's favorite Baseball Player after he hit .364 with one home run and three RBI against Kansas City Royals in the 1984 American League Championship Series. 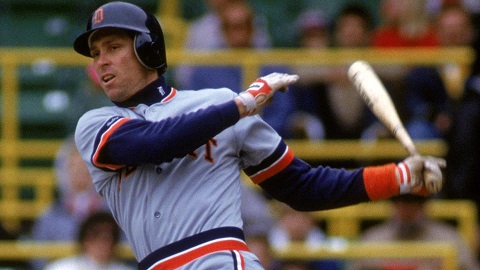 During 1991, he suffered severe knee and ankle injuries and it limited his career. He took retirement in 1996.

On December 10, 2017, he was elected to the Hall of Fame by the Modern Baseball Committee alongside his teammate Jack Morris.

Upon retirement, Alan Trammell started his career as a manager. He served as the manager for the Detroit Tigers from 2003 to 2005. He also worked as an interim manager for the final games of the 2014 season. His stat is worth watching for upcoming generations and Alan is undoubtedly one of the most inspirational players in the history of Baseball.