Akeal Jerome Hosein is a Trinidadian cricketer who plays for Trinidad and Tobago in West Indian domestic cricket, also representing the Trinbago Knight Riders in the Caribbean Premier League (CPL). Hosein was given a white-ball contract by the Cricket West Indies for the 2020-21 season and was added to the 2021 Men’s T20 World Cup squad for the West Indies.

The Trinidadian cricketer was born on the 25th April 1993 in Port of Spain, Trinidad and Tobago, where he grew up with father Michael Hosein playing cricket in the backyard of his house. Hosein grew up playing cricket with his family. His parents have always been his prime supporter.

Hosein was a passionate kid since his childhood. He used to train with his father, who has passed away now. Seen passionate and hardworking, Hosein represented the West Indies Under-19 World Cup. He had his first debut for Trinidad and Tobago in the 2012-13 Regional Four Day Competition, where he clutched the man of the match. In 2019 Hosein was named in the Trinidad adn Tobago’s squad for the 2019-20 Regional Super50 tournament.

After all those years in domestic leagues, Hosein was named in the West Indies One Day International (ODI) squad against Bangladesh, which was his ODI debut done in the year 2021. Progressively, Hosein has played against Sri Lanka, South Africa, in the Twenty20 International.

Finally, the Trinidadian cricketer Hosein made it to the 2021 ICC Men’s T20 World Cup, replacing Fabian Allen with ankle injuries.

How much is Akeal Hosein's Salary? (Earnings and Net worth)

Hosein is one of the successful and hardworking players who had started his career at a young age, representing West Indies in the Under-19 World Cup and playing several ODI and ICC men World cup leads the  Trinidadian cricketer to have collected some good fortunes to date.

In 2021 Hosein was given a white-ball central contract by the Cricket West Indies for the 2020-21 season. The players who have a white-ball contract are paid $250,000 annually, Hosein earns $250,000 per year and has $3,000 monthly playing in the Trinbago Knight Riders in the Caribbean Premier League (CPL). 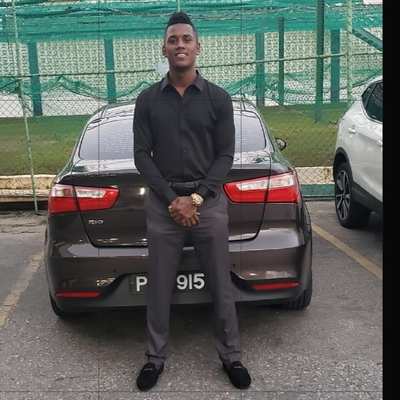 The Trinidadian cricketer has his primary source of income as a cricketer. Hosein has a  net worth of $1-$5 million approximately. He lives a luxurious life, and more to come for this player in upcoming years.

Also Read How much is Kris Humphries’ Net worth?

Who is Akeal Hosein dating?

Besides his professional life, Hosein is in a relationship with Ariel William. The couple had been together for a long time, and there is more to come for this couple.

As of now, the Trinidadian cricketer is in a relationship with Ariel. Hosein posts about his girlfriend on Instagram, and the love birds are often seen hanging out during their vacations. 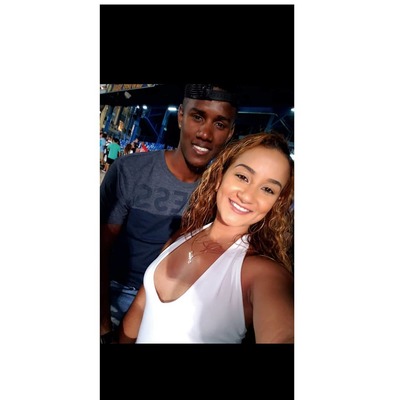 There is not much information about his previous relationship, and it remains a mystery as it is. The couple might have great years ahead, and to date, Hosein is taken.

Hosein is active on social media and posting about his professional life and private life. The Trinidadian cricketer, Hosein’s Instagram, is followed by akealhosein.  11.4 K followers follow him.