Adam Raska is a rising Czech Republican ice hockey player. He has been playing in the American Hockey League for the San Jose Barracuda. He signed a three-year deal with the Barracuda. Raska played in the Czech League for three seasons with the Trinex Ocelari HC.

Adam Raska was born on September 25, 2001, in Frydek-Mistek, Czech Republic. He is very much private about his parents and his early life. Raska has not shared a word about his education and academic qualifications. Adam stands five feet and ten inches tall and weighs 76 kg.

Adam Raska has an estimated net worth of more than $500,000. He has earned most of his net worth through his salary as the player with the San Jose Barracuda. A hockey player receives compensation as per the contract rather than games. Also, They make a reasonable sum through their sponsorship and advertising deals. 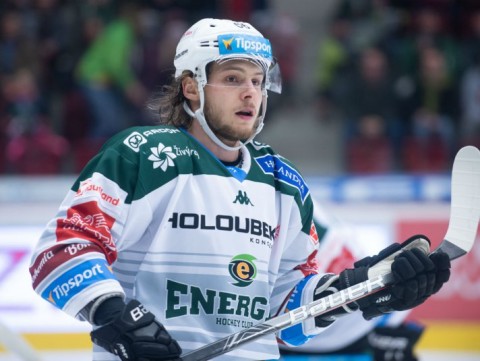 Adam started playing in the Czech U16 in the 2013/14 season. He was part of the HC Ocelari Trinec team until 2017 in U18 team. In 2016, Raska made his international appearance for the Czech Republic U-16 team. He played in sixteen matches and scored five goals. At the end of the 2017 season, Adam moved to HC Frydek-Mistek on loan.

Adam joined the Canadian Hockey league with the Rimouski oceanic. He appeared in thirty-five games for the team and scored thirteen goals. While spending his time in the league, The player represented Czech Republic in U-18 and U-20 Matches. In 2020, Raska was part of the World Junior U-20 Championships team. At the end of the 2021 season, Raska made his international team debut for his national team.  Adam listed his name for the 2021 American Hockey League.

San Jose Barracuda drafted him in the seventh round overall with 201 picks. He is yet to start his career in the AHL. He signed a three-year deal with an annual salary of more than $848,333.