Abraham Ancer is a well-established Mexican professional golf player. He has been playing in the professional league for almost a decade. Ancer currently plays for the PGA Tour and European Tour. Abraham started his career in the Web.com Tour. Ancer has won two professional wins, including the Korn Ferry Tour and PGA Tour of Australiasia.

Abraham Ancer was born on February 27, 1991, in McAllen, Texas. He is among the three children born to Abraham Ancer and his wife, Veronica Ancer. He has two sisters named Sayra and Claudia. His family moved to Mexico shortly after his birth and has dual American and Mexican citizenship. After graduating from high school, Ancer played college golf for Odessa College and the University of Oklahoma. Abraham stands five feet and seven inches tall and weighs 70 kg.

Know About Abraham Ancer's Net Worth and Career Earnings

Ancer has played professional golf since 2013. Abraham has an estimated net worth of more than $10 Million. Ancer has earned the most from Desert Classic, which is worth more than $1 Million. In the ongoing 2021 season, The Mexican golf player has already earned $2,940,771 from eighteen events. He has finished an event as a runner-up, made to the top ten in four matches, and made cuts in sixteen.

Last season, Ancer earned $2,903,306 from just twenty PGA events. He was listed among the highest earners in the season. Abraham has just played 115 events and made cuts in eighty of them. Abraham must be making s handsome amount through his sponsors.

Abraham is involved in a romantic relationship with his long-time girlfriend, Nicole Curtright. The love birds have been dating each other for more than two years. Nothing much about their first meeting instance is shared with the public. Both of them are very much open about their relationship status. 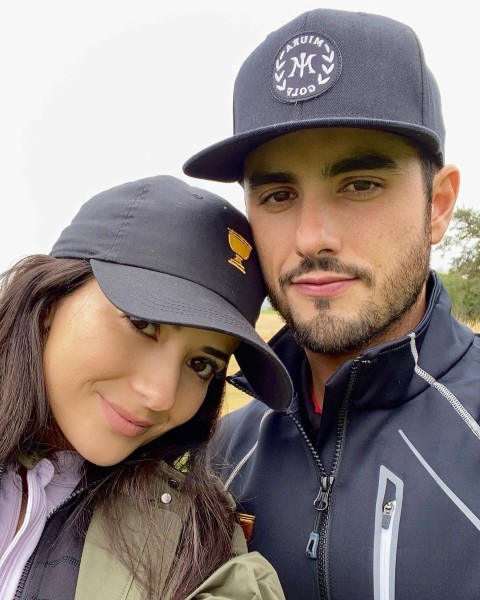 Nicole keeps attending Ancer's game regularly. She is very supportive of her partner. They are yet to get engaged and walk down their wedding aisle. Abraham is at the peak of his career and might be focusing on his career rather than spending time with people.

Abraham started playing golf from a very early age. He played golf for his University team in Odessa Colleg and the University of Oklahoma. Ancer turned professional right after graduating from the University in 2013. The Mexican player played in the Web.com Tour until 2015 and earned his PGA Tour card for the 2016 season. He did not have a good season and returned to Web.com Tour in 2017. He won the 2018 Emirates Australian Open.

In 2019, Abraham was part of the President Cup International team. He lost in the Sunday Singles against Tiger Woods. In 2020,  Ancer finished runner-up shooting −21, earning him $773,900 at the 2020 RBC Heritage. In 2021, Abraham finished second at the Wells Fargo Championship.