Abigail Ottinger who belongs from the non-celebrity world came to the limelight when she was assaulted by the famous NFL player, Kareem Hunt. Additionally, her assaulter Kareem is a professional NFL player who currently plays as a running back for the Cleveland Browns of the National Football League (NFL).

Ottinger was filmed being attacked by Hunt in a hotel at Cleveland. To find out, what actually happened between them? Read our article until the end.

Abigail Ottinger came to the Limelight After Kareem Hunt Assaulted her

Abigail was filmed assaulted by Kareem Hunt back in 2018. The attack video shows Hunt shoving Ottinger, then being held back before she slapped him. Hunt then crashes into a person collided with the female, sending both to the ground. Then Hunt kicks the lady on the floor.

The news flashed out after Abigail informed the police about the incidence. The news went viral when Abigail pleaded the police officer to watch the surveillance footage of the violent blitz. 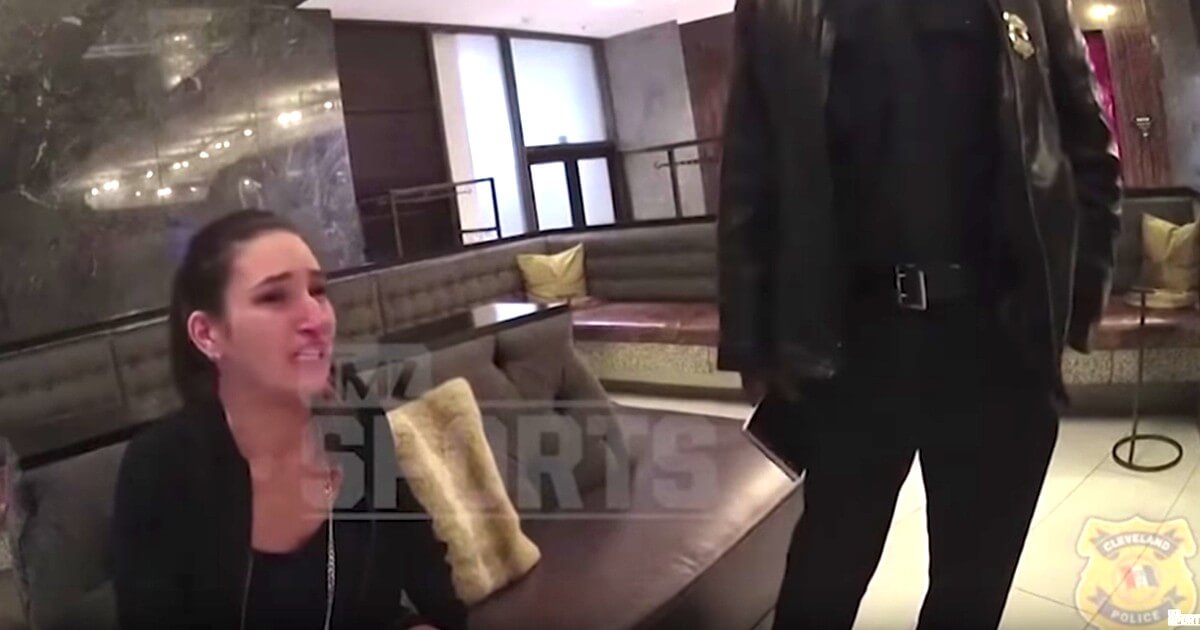 The footage of her pleading with a police officer was first published by TMZ. In the video, she can be seen talking with the police officer to press charges to Kareem as she was attacked by him in a hotel at Cleveland. But, unfortunately, the police officer didn't help her and said their hands were tied to take any legal action.

In response to her appeal, the police officer interviewed Hunt but didn't arrest him. Despite obtaining a video, the prosecutor didn't find important to punish him.

Hunt was cut by the Kansas City Chiefs after the Incident

After the hour of releasing the assault video, Hunt was cut off by the Kansas City Chiefs. The running back was also been placed on the NFL's exempt list, meaning that while the league is investigating, he cannot practice, place or attend games.

Further, the news was first flashed by the reporter, Jemele Hill with the tweet "Good time to remember that the NFL suspended Ezekiel Elliott for 6 games for domestic violence based on extremely flimsy evidence".

Good time to remember that the NFL suspended Ezekiel Elliott for 6 games for domestic violence based on extremely flimsy evidence.

With the tweet, she wanted to alert the Cleveland Browns management that Kareem shouldn't be left unpunished for whatever he did.

Later in one of his interviews, Hunt said "That person in that video did not deserve that" he also added "I didn’t mean to hurt anybody or anything like that. It’s really tough because I feel like I let a lot of people down.”

Who is Kareem Hunt? Let's find more about him?

Kareen Hunt is a professional NFL player who currently plays as a running back for the Cleveland Browns of the National Football League (NFL).

His is an American by nationality and belongs to the African ethnic group. Further, he was born to Kareem Hunt Sr. and Stephanie Riggins. Additionally, he has an estimated net worth over $500 thousand. Moreover, he receives an annual salary of $1,100,000.