Aaron Michael Hicks, popularly known as Aaron Hicks, is an American professional baseball center fielder who currently plays for the New York Yankees. He started his professional career with Minnesota Twins in 2013. 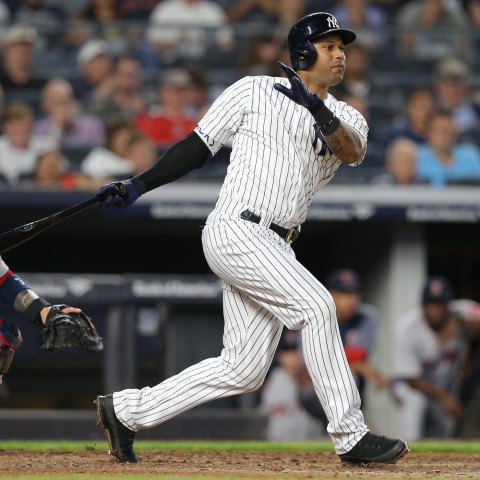 Aaron hits the ball for the Yankees SOURCE: Pinstripe Alley

Hicks was born on October 2, 1989, in San Pedro, California. He holds an American nationality. Born in early October, this versatile player's birth sign is Libra.

Hicks grew up in Long Beach and was deeply interested in playing Golf during his childhood. He wanted to be a golfer like Tiger Woods and often used to train with his father, Joseph Hicks, in the Heartwell Park Junior Association.

His father, Joseph, is a former outfielder for San Diego Padres. Hicks changed his mind and concentrated on baseball after his brother Joe Jr told him about their father.

Hicks attended Wilson Classical High School in Long Beach, California. While he was in school, the Minnesota Twins, in the first round of the 2008 Major League Baseball Draft, picked Hicks.

In his first professional season, Hicks played for the Gulf Coast League and batted .318 with four home runs, 27 runs, and twelve stolen bases.

Hicks has been one of the top 100 prospects four times by Baseball America.

On November 11, 2015, the Yankees, in exchange for John Ryan Murphy, picked Hicks. He was selected due to his athletic body, strong throwing arm, and ability to hit left-handed pitching. 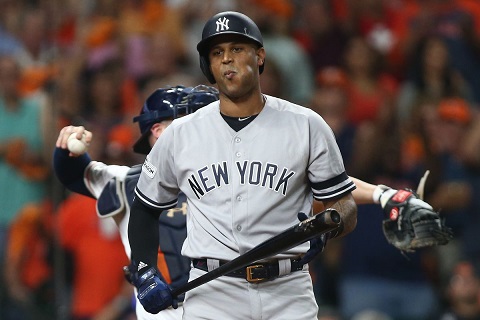 Aaron plays with the Yankees since 2016SOURCE: Pinstripe Alley

Hicks underwent a severe injury in late June 2017, which caused him to move to the disabled list.

Even though he is one of the popular names in the world of baseball, his personal life is behind curtains. Until now, Hicks has never been caught in rumors of affairs and girlfriends.

Hicks' fans have countless queries regarding his affair, dating history, girlfriend, or marriage life. It seems Hicks is single and enjoying his life. He never spoke much about his private concerns in front of the media, so it is quite tough to find his secrets.

Some of his fans are still in confusion about his sexual orientation. He is believed to be straight by sexuality. Apart from baseball, Hicks enjoys playing golf. He also loves to watch boxing on the television.

Hicks has a great personality and has a height of 1.88m, which is around 6 feet 2 inches. He has a balanced weight of 190lb.

There is a lot to know about players, which is available at Playerswiki.com.