Yoshihito Nishioka is a Japanese tennis player who has won two ATP Tour singles titles. The professional tennis player is currently the No. 1 Japanese player. On January 9, 2023, Nishioka achieved a career-high ATP singles ranking of world No. 33.

Nishioka made headlines after reaching the semifinals at the US Open junior tournament in 2012. Also, he held a 113-49 win/loss record in singles during his junior career. Turning professional in 2014, Nishioka has picked up several challenger titles. Likewise, he has already made his grand slam debut. In 2019, he garnered national media attention after defeating his country's idol, Kei Nishikori, for the first time at the Western & Southern Open.

Nishioka is estimated to have a net worth of around $2 million. He has added most of his gains from being a professional tennis player. By playing in many big tournaments, Nishioka has given his best and has taken home impressive prize money. At the time of this post, he has total earnings of $4,431,370 (singles & doubles combined). 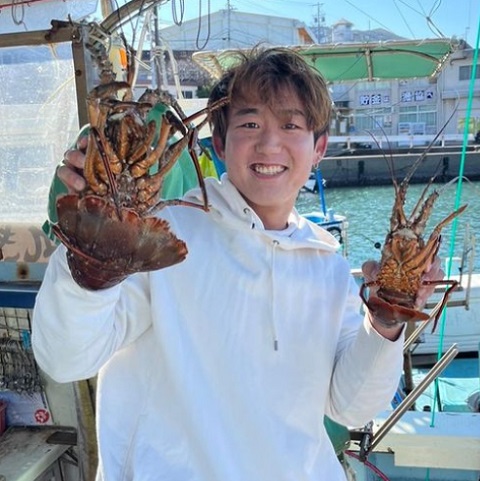 Nishioka has worked with a few brands and often promotes wearing them in most games. Nishioka has a racquet and apparel deal with Yonex. Nishioka uses the Yonex VCORE 98 racquet powered by Polytour Spin 125 strings.

On the other hand, Yoshihito has also worked with Morinaga. Besides, he serves as the ambassador for Miki House.

Nishioka is not dating anyone at the moment. The tennis player is single and does not have a girlfriend. He has always kept his matters from the limelight as a private guy. Due to that, he has never been involved in rumors regarding his love affairs. 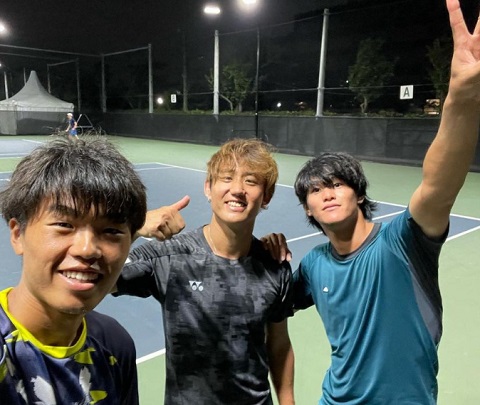 We can find his strong presence on Instagram and other social media platforms, but Nishioka has not made a single post about his love life. As his fans and well-wishers are concerned about his partner, he may give some updates in the coming years.

Who Is Yoshihito Nishioka's Coach? Short Details on His Career

The Japanese professional tennis player Nishioka is coached by Mitsuru Takeda. Takeda has supported Nishioka's tennis career. Takeda is a Japanese tennis coach and former tennis player. Besides, Nishioka was interested in playing tennis from an early age. So, Nishioka began playing at the age of 4. He has a brother named Yasuo, who is also his coach. After breaking into the Top 50 in February 2020, he became the No. 1 Japanese player in June 2021. Furthermore, Nishioka earned the biggest win over No. 2 Ruud en route to the 2nd ATP Tour title in 2022 Seoul.

In 2016, Nishioka also participated in the Memphis Open after winning against Jared Donaldson and Illya Marchenko. While playing in many tournaments, Nishioka has also suffered some injuries. In 2017, he had a left knee injury, and on April 4, 2017, he underwent surgical reconstruction of the ACL.

Yoshihito Nishioka was born to his parents, Norio and Kimie, on September 27, 1995. The Tsu native shares a strong bond with his family members. His father is a tennis coach. As mentioned earlier, Nishioka grew up with his brother, and he is also a tennis coach. Yoshihito Nishioka's mother and brother while in their trip in Australia.  SOURCE: Instagram @yoshihito0927

While growing up, Nishioka's idol was Marcelo Rios. Apart from tennis, he was also interested in football. So, he would have been a footballer if he were not a tennis player.

Regarding his body measurement, Nishioka has a decent height of 5 feet 7 inches which is 1.70 m. Meanwhile, he weighs 64 kg.