Yealimi Noh is a talented Korean American golfer who rose to fame after she won the California Girls Championship in 2014. In her career, she has been a part of seven LPGA Tour events. Likewise, the young talent also earned the limelight for winning three different championships in consecutive weeks.

Hailing from the suburbs of San Francisco, California, Yealimi Noh was born in 2001. She celebrates her birthday on the 26th of July every year, making her 19 years old as of now. She currently resides in Concord, California. Noh has not disclosed anything about her parents and if she has any brothers or sisters. Other than that, it is known that she left her education to pursue golf.

Yealimi Noh's career as a golfer initiated when she was young. After receiving good support from her family, she began pursuing her interest. The first big success in her career came in 2014 when she won California Girls Championship. After that, her confidence was boosted as she continued to play the game of golf. 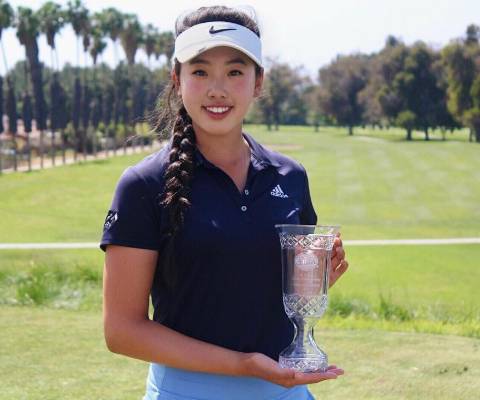 However, it wasn't until 2018 that she climbed to the top of girls' amateur golf rankings. In that year, she also won the Hana Financial Group Se Ri Pak Junior Championship, which helped her book a spot in the LPGA's KEB Hana Bank Championship.

In that same year, she amazed everyone by winning three championships, which included the 2018 California State Championship, 2018 U.S. Girls' Junior Championship, and 2018 Girl's Junior PGA Championship. In early 2019, she was able to continue her winning run as she won the 2019 Canadian Women's Amateur Championship.

Around January 2019, she turned professional and signed a sponsorship deal with Hana Bank. In the summer of 2019, she took part in the Thornberry Classic and managed to reach the 6th position by the end of the tournament. In August 2019, she started in the Cambia Classic and showed a great performance. Unfortunately, she only gained the second spot as she lost to Hannah Green in the final round.

Her performance in it and in the LPGA Q-Series helped her earn a full LPGA membership for 2020. Although many golf events were canceled in 2020 due to the COVID-19 pandemic, Yealimi played in 16 LPGA events. In those events, she was able to secure top-three finishes twice, tied for third once, and tied for second once.

In 2021, she has competed in several competitions such as the Gainbridge LPGA, Kia Classic, LOTTE Championship, and more. Sadly, her performance hasn't been that good. She is currently competing in the Honda LPGA Thailand.

The California native golf player was able to accumulate a sum of $415,000 in the year 2020. Likewise, she has earned a total of $33,157 as of this date in the year 2021. Considering that, it must be sure that the very talented golfer also has a healthy net worth.

So, how much is her net worth? As per sources, it is known that Yealimi Noh has a decent net worth of $250 thousand.

Is Yealimi Single or Dating?

The 19-year-old golfer is currently single and is not dating anyone as of this moment. Her Instagram handle also doesn't give any hint as to if she is possibly dating anyone. 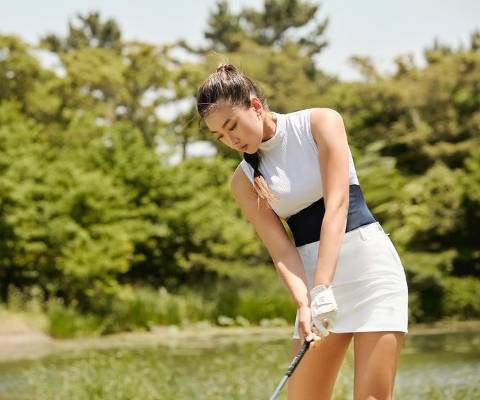 Likewise, noting Yealimi's young age, it can be assumed that she doesn't want to be in a relationship. It seems as if she is currently more invested in making a good career rather than in her personal life.