Wirfin Obispo is a baseball player originally coming from San Pedro de Macoris, Dominican Republic who plays as a pitcher for the Acereros de Monclova of the Mexican League. Before coming to Acereros de Monclova, Obispo played for multiple teams and gained a good experience. Apart from being known for his professional work, Obispo has also been involved in some controversies which made headlines all over the internet.

Obispo has been playing for Acereros de Monclova since 2021 as he signed a deal with his current team on July 12. Besides, Obispo is considered one of the most important players in his team as he gives his best on the field and has also helped the squad to win some games in the best possible way. Further, Obispo's career started when he played in the Dominican Summer League with the DSL Red Sox.

Wirfin Obispo was born Wirfin Y. Obispo Vargas in San Pedro de Macoris, Dominican Republic in 1984. Obispo's birthday falls on September 26 every year. As of early 2022, he is 37 years old.

Further, Obispo holds Dominican nationally and he stands at the height of 6 feet 2 inches. The professional baseball pitcher shares a strong bond with his parents. But due to the lack of information, we are unable to mention much about his father and mother.

Obispo's career started on January 20, 2002, when he was signed by the Boston Red Sox. He was signed as an international free agent. With the Sox team, he played in the Dominican Summer League as a shortstop. Meanwhile, he was released on November 3, 2003. 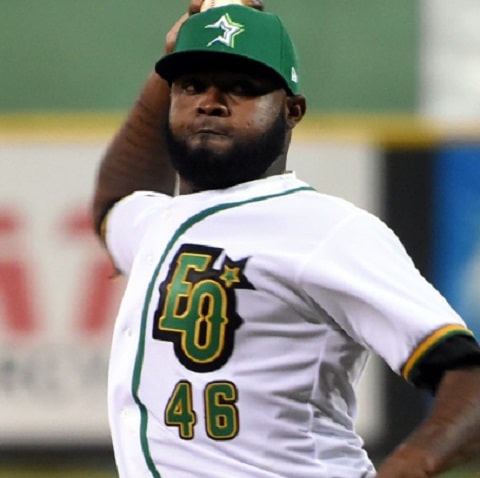 Moreover, his career didn't stop there as Obispo signed a deal with the Cincinnati Reds organization on January 23, 2004. In the 2006 season, he appeared in 14 games for the DSL Reds where he recorded  4-5 records and a 2.04 ERA.

And for the 2007 season, he signed with the Yomiuri Giants of Nippon Professional Baseball. However, Obispo just made two appearances pitching a scoreless inning in total. In the 2008 season, he made his appearance in 37 games for Yomiuri's minor league club recording a 4.24 ERA with 41 strikeouts. However, he did not play with the main team. Wirfin Obispo in one of his games against an opponent SOURCE: Twitter @luis_angel2

After that, he was traded to the Hokkaido Nippon-Ham Fighters on November 6, 2010. In the 2011 season, Obispo appeared in two games. Apart from that, the Cincinnati Reds organization signed him on February 2, 2012. After nine months, he got an offer from another team and signed with the Atlanta Braves organization on November 5, 2012. Later, he was waived off.

And the waivers were claimed by the Pittsburgh Pirates on June 1, 2014, and were assigned to the Triple-A Indianapolis Indians. On August 21 of the same year, he was outrighted to Indianapolis. Furthermore, On Obispo signed a minor league contract with the Milwaukee Brewers organization on December 2, 2014.

Salary and Net Worth Of Obispo

Being a professional baseball player. So, Obispo surely makes a good sum of money from his profession. For a long time, he has been playing actively and has been with multiple teams. No doubt, Obispo's bank balance is pretty impressive and a website claims that his net worth is around $3 million. In the same way, an online source says that Obispo had a salary of $500,000 back in 2014. Having such a huge fortune, Obispo surely lives a lavish life. Another source reports that the average salary of an MLB player is $4.38 million.

Does Wirfin Obispo Have A Wife?

Obispo appears to be a single man who has kept his marriage details far from the eyes of the public. Till now, Obispo has not been engaged in any rumours or controversies about his love affair. So, he may have been leading a single life for a long time.

At the time of this post, he is not much active on social media. Due to his low profile life, none of the sources is able to collect details about his personal life. Also, Obispo keeps himself far from the media rather than giving every information. 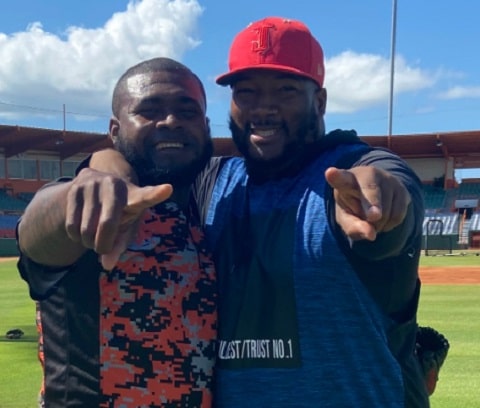 We just can explore his professional life easy but it isn't easy to know about his personal life as Obispo is also counted in the list of those who lives a low-key life.

Apart from being famous for his professional work, Obispo once made headlines on the internet when he got arrested on November 23, 2020. He was detained in the Dominican Republic as he reportedly confronted police with a shotgun when he was out past curfew.

Nelson Cruz is also a well-known baseball player from the Dominican Republic who plays as a right fielder for the Washington Nationals of Major League Baseball.