Gossip Who is Damar Hamlin's Girlfriend? Know About His Relationship Status. Also, About His Parents and Journey To the NFL

Who is Damar Hamlin's Girlfriend? Know About His Relationship Status. Also, About His Parents and Journey To the NFL

Damar Hamlin found himself in the centre of the spotlight after collapsing mid-game. Thankfully, after days in critical condition, his family shared news about his health improvement. The player's family also told the world how the support and prayers of the fans made them feel. Aside from this, Hamlin's relationship stays hidden from the world's eye.

Hamlin kept a tight lid on his personal life. Buffalo Bills' safety rarely shared about his life away from football. Many fans remain curious about his love life, but Damar kept his romantic life private. And here's what we know about Hamlin and his personal life:

Is Hamlin in a relationship?

Despite gaining worldwide stardom, Damar Hamlin led an elusive life. Over the years, Hamlin successfully kept away from any scandalous rumours. Similarly, Damar's love life stayed hidden from the fans. 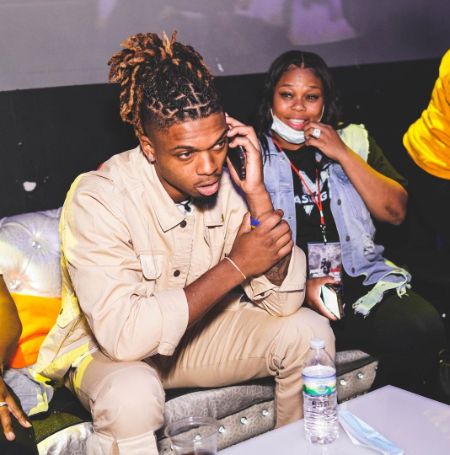 Damar Hamlin is very close with his mother and says he wants his partner to have the qualities his mom has. SOURCE: [email protected]

The young NFL star is easy on the eye. As such, Damar could've been in a relationship. But given his private nature, Hamlin always shied away from sharing about his love life.

Hamlin kept love life second on his priority list. First and foremost, Damar wanted to succeed in his career. As such,  the talented NFL star always puts flings second and his work first. But he also stated on an Instagram post he wants someone with his mother's qualities.

Damar Hamlin grew up in a loving home but faced many obstacles. His parents, Nina Hamlin and Mario Hamlin gave birth to the NFL star as teenagers. Nina was sixteen, and Mario was seventeen when Damar was born. 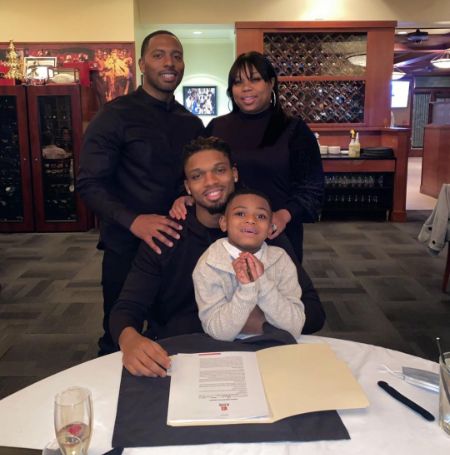 Mario and Nina later gave birth to another kid in 2015. After a stable life was assured, Damar's parents gave birth to Damir Hamlin. Similarly, Damir idolizes his big brother and wants to be a football player too!

Despite the many hurdles, Damar's parents raised him to be where he's at today. Hamlin is counted as one of the best defensive players in American football. His mom, Nina, was at the game when Hamlin collapsed.

Nina was with her son when the paramedics rushed him to the hospital. After this, Damar's family stayed by his side. Similarly, his mom and family remain at the hospital as he recovers slowly.

According to his family, Damar Hamlin is slowly recovering. Currently, the NFL star is placed in the intensive care unit. Thankfully, Hamlin's family announced he is showing signs of improvement.

Damar's NFL family also told the fans about his health. Also, the Buffalo Bills continue to monitor the talented player's health and treatment.

A family friend and Damar's marketing representative, Jordon Rooney, told the fans Hamlin's moving positively. Despite the slow recovery, the NFL star's health is getting better.

Damar Hamlin credits his parents for his achievements!

Even as a little child, Damar Hamlin knew about the hardships his parents faced. Hamlin also faced his demons as he grew up. Damar witnessed three of his friends shot dead as a teen. To this day, the said murder remains unsolved. 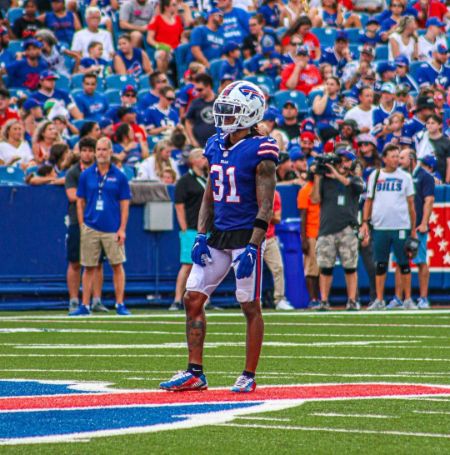 Damar Hamlin, the Buffalo Bills safety, was standing on the field during a game. SOURCE: [email protected]

Going back memory lane, Damar spent his early years without his father. Mario was convicted and jailed for four years for selling drugs. The NFL player's father came out as a changed man.

In his early teens, his parents installed the idea of hard work in Damar's mind. After this, the talented football player worked hard to achieve what he has now. Damar credits all of his success to his parents and their teaching.

Damar found his talent in football during high school!

Damar Hamlin's talent in football brought him into the spotlight. Likewise, the American athlete found his talent while in high school. Seeing the talent in Damar, multiple top colleges offered him a spot.

Hamlin and his family lived in McKees Rocks, Pennsylvania. So, Damar attended a high school close to his house, Central Catholic High School. While in school, Hamlin found his passion for football.

With dedication and passion, Damar shined brightly during his high school football. Many top brace colleges wanted to recruit the talent under their banner.

Hamlin joined the University of Pittsburgh.

Damar Hamlin was named a four-star recruit coming out of high school. Universities like Penn State, Ohio State, Temple, and Pittsburgh wanted him under their banner. In the end, Hamlin joined the Pittsburgh Panthers. 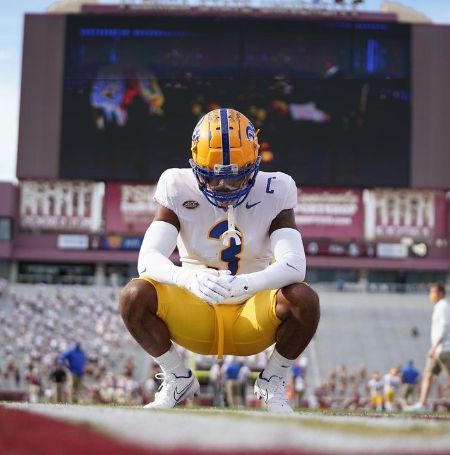 Three games into his freshman days, Hamlin suffered an injury. For this, Damar stayed as a medical redshirt for the year. But the following years went smoothly for Hamlin in his college career.

Drafted into the NFL after Hamlin's Uni Graduation!

After graduating college and racking impressive stats, Damar Hamlin joined NFL in 2021. Buffalo Bills picked the player in the sixth round, 212 picks.

The six feet tall Damar led an explosive start with the Bills. Likewise, Hamlin signed a four-year rookie contract with the NFL team. On May 21, 2021, the Bills officially signed the deal with the up-and-coming player.

At first, Hamlin played as a reserve in his first season in the league. However, things changed for the young Damar after Micah Hyde suffered a neck injury. The Bills put him, Damar, as a starter after Hyde's season-ending injury.