Whitney Wonnacott is the celebrity wife of renowned former basketball player Jimmer Fredette. Apart from Jimmer's basketball career, the lovely couple is known for their high school romance and long-term relationship. Whitey gained media popularity after marrying her long-term partner, Jimmer. She is also famous on Instagram, where the celebrity wife has gained thousands of followers.

Whitney was born on April 16, 1990, to her parents, Richard and Tammy Wonnacott,  Wonnacott is the eldest daughter of her parents, and Wonnacott grew up in Littleton, Colorado, United States. Along with that, the celebrity spouse has siblings, Jordan and Ash. Further, Whitney attended Chadfield High School, and for further study, she joined Brigham Young University, where Whitney received a degree in broadcast journalism.

Whitney Wonnacott is married and has been gathering the limelight for her wedding live with one of the popular basketball stars, Jimmer. The power couple got married on Whitney on June 1, 2012. The wedding ceremony was breathtaking, and it was lavish. The ceremony was held in the Denver LDS temple in Colorado with their close friends and family members.

There is a long history of their romantic life, as Whitney and Jimmer were high schools love birds. They studied at Brigham Young University, located in Provo, Utah, where the couple's love story began. However, they made their lovelife official in 2019. Similarly, the duo got engaged in 2011 and married a year later. Similarly, Whitney and Jimmer always wanted to marry at the LDS church as she is a Mormon, And she once revealed that it was her dream to marry in the church. Undoubtedly, their marriage caught the attention of everyone and was the big heading because of the couple's idea of celebrating their pre-wedding with fireworks. Also, explore Rabea Bohlke's bio, who is the wife of Robin Gosens.

Whitney and Jimmer are the parents three. Whitney gave birth to their first child, Wesley James Fredette, on February 25, 2017. Similarly, the couple was blessed with their second child Taft Russel Fredette on March 29, 2019. Besides, the married duo shared their pregnancy news via an Instagram post on January 1, 2022. 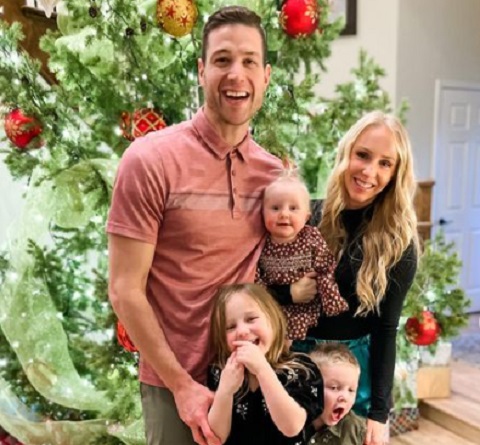 Whitney Fredette with her kids and husband SOURCE: Instagram @whitneyfredette

Moreover, Whitney and Jimmer gave birth to Greyson Jean Fredette, their third child, on May 19, 2022.

How Rich is Whitney Wonnacott?

Whitney is a common name in the American basketball world as she is famous for her husband's popularity. Talking about her net worth, most online sources claim that she holds a net worth of $ 100,000. However, we have yet to learn about her professional career and what she is engaged in, so the details of her earnings remain unknown at the moment. 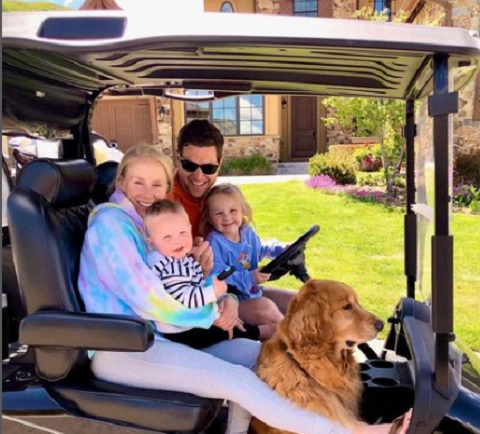 On the other side, Whitney's husband, Jimmer Fredette, current net worth is over $ 1 million. The former professional basketball player Fredette last played for the Shanghai Sharks of the Chinese Basketball Association. Additionally, he started his basketball career in 2011 and has played for reputed clubs like New York Knicks, Shanghai Sharks, Phoenix Suns, Panathinaikos, and more.

Moreover, Whitney spent lavish life with her husband and kids and often shared her family picture on her social media.

Details On Whitney's Body Structure With Height and Weight

Whitney is a beautiful wife and mother of Jimmer and this kid. Besides, she is tall and has maintained her physical appearance amazingly. Well, Wonnacott is 1.75 meters (5 feet 9 inches) tall. 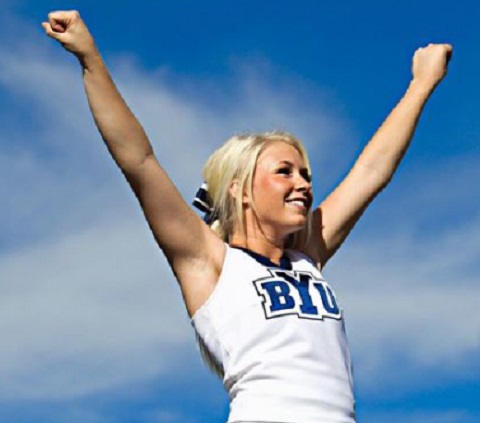 Moreover, Jimmer's wife weighs around 127 lbs. (58 kg), and as said earlier, she has a fairly slim build. Despite being a mother of three, she looks much younger than her actual age.

Is Whitney Wonnacott Active On her Social Media Handle?

Whitney has a strong appearance on her social media handle, where we can follow her under the username @whitneyfredette. Besides, she has shared multiple family photos, and the couple loves to spend quality time with their kids.

Meanwhile, we can also follow Jimmer on Instagram, where he is available as jimmerfredette_32, and the basketball star has gathered more than 135 k followers on his Ig handle.