Houston, Texas native, Tyler Duffey was born on 27th December 1990, under the star sign Capricorn. The twenty-nine years old holds an American nationality and belongs to the white ethnic background.

Relationship Status: Who is he Married to?

Tyler Duffey is married to Sarah Hutchins. Well, the couple is a high school sweetheart who got engaged in December 2014, after dating for several years. 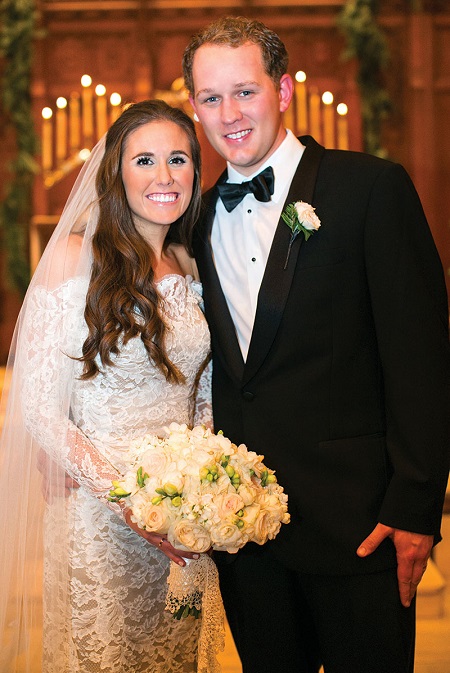 On 19th December 2015, they tied the knot at St. Paul's United Methodist Church, in Houston and had their reception party at The Houstonian Hotel, Club & Spa.

Tyler Duffey was born to parents: Tim and Shanna Duffey. He has a brother named, Travis. In 2012, his mother, Shanna died after complications from breast cancer led to a blood clot.

For high school, Duffey enrolled at Bellaire High School in Bellaire, Texas. After graduation, he joined Rice University to play college baseball for the Rice Owls baseball team. There he was named Most Valuable Player of the 2011 Conference USA Baseball Tournament.

In the 2012 MLB draft, Tyler Duffey was selected by the Minnesota Twins in the 5th round. In 2013, he signed with the twins and then went on to pitch for several minor leagues.

On 5th August 2015, Duffey made his major league debut. On 24th April 2016. Duffey recorded his first major league hit, a sacrifice bunt, National League plays against the Washington Nationals. For the 2019 season, Duffey converted into a reliever and excelled in the role, registering an ERA of 2.50 in 58 games.