Ty Smith is a Canadian professional ice hockey player playing in the National Hockey League (NHL) with the Pittsburgh Penguins. He is a defenceman who wears shirt number 24 in his current team. Smith began his hockey career after getting selected by the Spokane Chiefs of the WHL in 2015.

After finishing his rookie season at the Chiefs, Smith had a breakout season the following year as he was named the WHL Scholastic Player of the Year. Also, he was the Chief's Defenseman of the Year. Furthermore, Smith began his NHL career after signing a deal with the New Jersey Devils on August 20, 2018. After finishing his career at Devils, Smith has been a prominent part of his current team, the Pittsburgh Penguins, since July 2022.

Smith's Million Dollar Contract: Details on His Net Worth and Salary

Smith makes most of his gains from being a professional ice hockey player. As per some online reports, Smith earns $832,500 in his current team. He has been playing for more than five years. So, we can assume that Smith enjoys a net worth of at least $1 million. 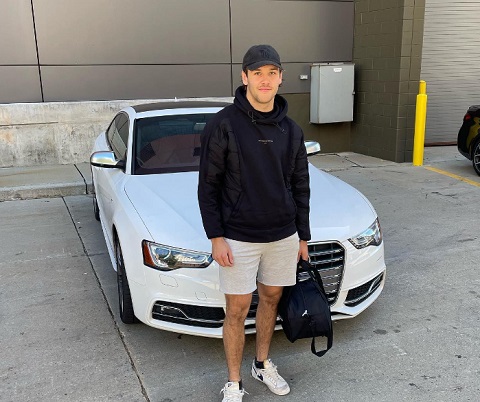 So, Smith lives a quality life with his high earnings and flaunts it via his Instagram handle. Furthermore, Smith shares some moments of his ice hockey games and events on his Instagram.

Is Ty Smith Dating Someone or Single?

Smith is not dating anyone and does not have a girlfriend. The young guy is living a solitary life and is enjoying it to the fullest. Smith is known to keep his matters away from the media. Like Deryk Engelland, Smith lives a low-profile life.

Due to his low-key nature, Smith has never been involved in rumors or controversies regarding his love matters. Meanwhile, Smith appears to be a friendly person who loves spending time with his family and friends during his spare time. 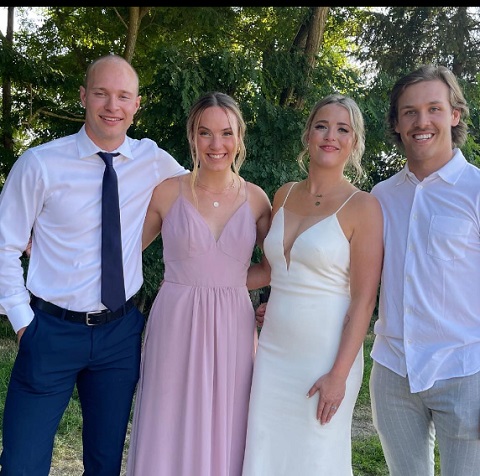 Ty Smith with his friends in a wedding ceremony.  SOURCE: Instagram @tysmith_6

Together with his close ones, Smith often visits different places. Meanwhile, he also takes his Labrador Retriever (dog) with him.

Smith's Parents Are Supportive of Him

The Lloydminster, Alberta, Ty Smith was born on March 24, 2000, to his parents, Lorianne Smith (mother) and Wayne Smith (father). Smith has a strong bond with his parents, who have supported him since the beginning of his career.

Smith's dad has appeared in many games to support his son. In January 2021, Smith scored his first NHL goal in a match against the Boston Bruins. After that, Smith instantly picked his phone to share the news with his father. In an interview, Smith said, "I called him and obviously he was pretty happy. Just kind of talked to him a little bit about how the game went in general, then he said congrats on the first goal." 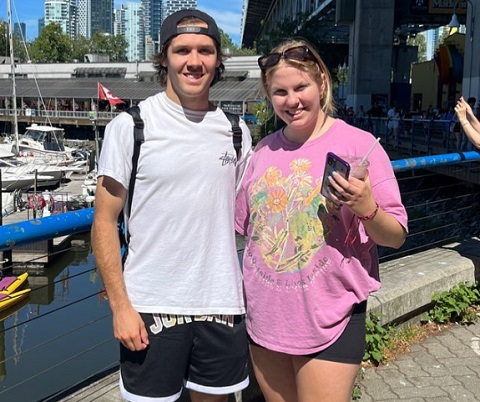 Likewise, Smith appears to have a sister named Emma, with whom he once shared a photo on Instagram. They went to visit Vancouver, British Columbia.

Ty Smith Is an International Player

Smith has already made his NHL debut and has been a part of a few teams. Apart from that, he is also a national player who has represented his nation in some tournaments. The Canadian athlete was the captain of his nation that played in the 2016 Winter Youth Olympics. 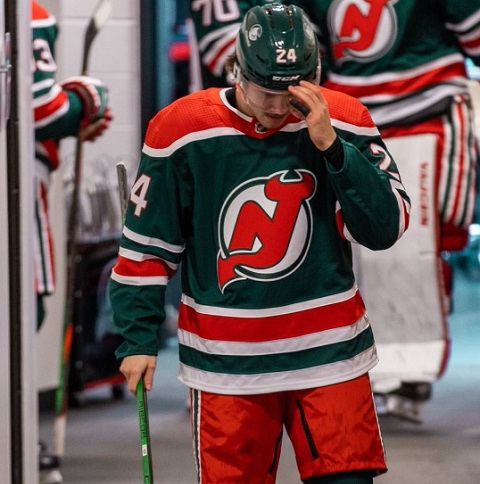 Ty Smith has been playing at the professional level since 2021.
SOURCE: Instagram @tysmith_6

Similarly, Smith was the alternate captain of the Canadian team participating in the 2017 Ivan Hlinka Memorial Tournament. He has also represented his nation in other tournaments, including WJC 2019. Mark Giordano is also a Canadian ice hockey player.