Tommy Paul is an American tennis player currently playing in the ITF and ATP Tournaments. Further, Paul broke the record of always being one of the highest-ranked juniors in his class. As a junior, the tennis player reached the junior Grand Slam finals in 2015. He is also a right-handed tennis player, and his two-handed backhand shots are impressive.

The professional tennis player Paul was born in the United States on May 17, 1997. Concerning his birth details, Paul's birth sign is Taurus. Further, Tommy is the son of Kevin Paul and Jill MacMillan. The player grew up along with his sister named, Jessie. He was introduced to tennis at the young age of seven. Besides, his parents were the greatest inspiration for him to build his career in the tennis world.

Insight Into Tommy's Earnings And Net Worth

Tommy Paul's total fortune as of the year 2023 is $3,525,223. While glancing at his playing career, the tennis player has a long career history. Also, as of now, Paul has played in multiple events and tournaments from where he has surely bagged well fortune and prize money. Similarly, the player's worth is estimated to be more than $2 million. 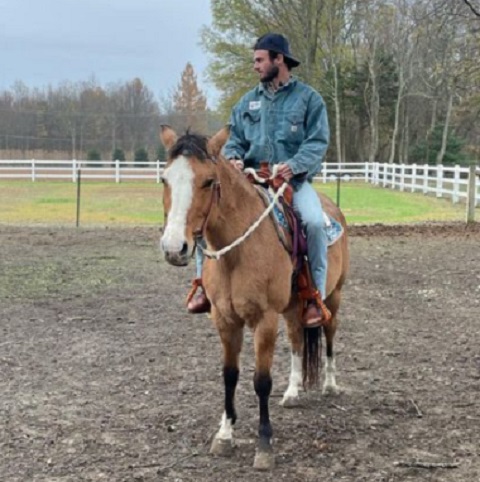 Have A Look at Paul's Endorsement Deals

The tennis player Tommy Paul is endorsed by many sports brands, which he also promotes on his social media posts. A recent study reveals New Balance Tennis endorsed his apparel, and the player uses Wilson's rackets. In his early career, Tommy was supported by the sports brand, NikeCourt. Since 2021 Tommy Paul has started working with New Balance Tennis. Additionally, the Ecuadorian tennis player Emilio Gomez is associated with Yonex.

Who Is Tommy Currently Dating? Single Or Taken

Tommy is not much open about his love life and doesn't like to flaunt his romantic life openly on online sources. But we know he is currently dating his adorable girlfriend, Paige Lorenze. Well, nothing much is known about his relationship details. Also, we have yet to learn when the couple started dating each other. 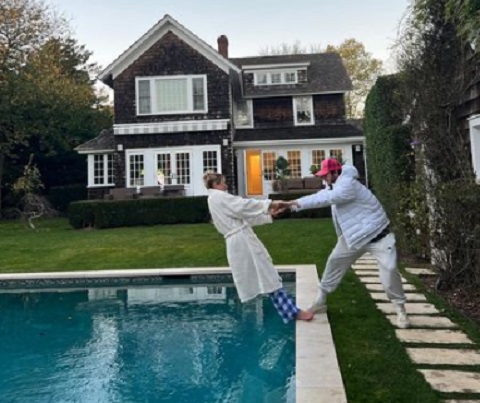 The 6 feet 1-inch tall tennis player hasn't drooped any hints about his marriage plans with his partner. Also, we can find some glamorous pictures of them on social media handles. Paige is a founder of dairy boy, and she has huge followers on her IG handle, where we can follow her as @paigelorenze. The tennis player, Norbert Gombos, is married to his lovely then-girlfriend, Kristina Polachova.

Tommy once gathered the limelight for a relationship with a girl named Kiki Paso. So, Christina Almeida is the birth name of Tommy's ex-girlfriend, Kiki Passo. She was born in Sao Paulo, Brazil.

Besides, she holds an American citizen as Kiki moved to America at a young age. So, she received her bachelor's degree at the University of Miami. Kiki also dated Ohio State football star Tate Martell before Tommy and Kiki fell for each other.

According to the sources, Tommy and Kiki have been in a relationship for years. Similarly, fans also saw the couple celebrating their first anniversary in 2021. Likewise, the former couple uploaded a picture to Instagram where they were sharing a romantic time. On the other hand, the photo was captioned, "Can't believe it's already been a whole year with my favourite human. I love you so much!!! Happy anniversary." Fans loved the bond; Tommy and Oscar didn't have the happy ending everyone expected. None of the parties have leaked the reason behind their separation, nor have they let their fans know about their breakthrough in an Instagram post.

Moreover, Tommy and Kiki deleted all those pictures from their concerning social media handle, and both are now focusing on their professional careers. Tommy is currently dating his partner, Paige Lorenze, whereas Kiki Paso is reportedly single.

As said earlier, Tommy Paul has been engaged in the sports world since a young age. Therefore, as a junior, he has owned many titles. After reaching Grand Slam in 2015, the tennis player won the 2015 French Open boys' singles title after facing and winning against fellow American Taylor Fritz. 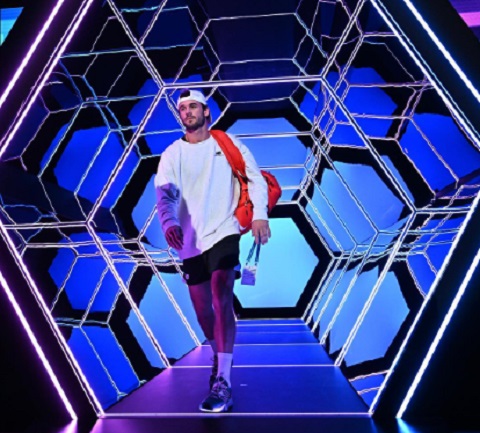 Additionally, in 2019, the tennis player succeeded his second ATP Challenger tag of the year in New Haven. So, Tommy started his 2022 season at Adelaide International. Follwoing the year, Tommy made the biggest career win after successfully winning against world No. 2 Rafael Nadal at the 2022 Rolex Paris Masters. He is currently playing under the guidance of coach Brad Stine

Besides Tommy's playing career, people also love how he plays, and he has a unique way of playing. Similarly, his strong attacking forehand is amazing.

Tommy's footwork along the baseline and speed coming into the net have a separate fan base.