Tim Locastro is an American Professional Baseball player who plays in the Major League Baseball (MLB). As of 2019, Tim Locastro currently plays for the Arizona Diamondbacks as their Utility player. Tim Locastro has played for other teams like Los Angeles Dodgers.

As a Utility player, Tim Locastro reportedly earns around $555,000 as his yearly salary from Arizona Diamondbacks. Further, Tim Locastro has an estimated net worth of over $500,000. Locastro is in a romantic relationship with his girlfriend, Jenn Fox.

Tim Locastro has an estimated net worth in six-digit figure as of 2019. Furthermore, he has earned $683,899 in his entire career.

Additionally, Tim is also associated with different brands, signing endorsement deals through which he earns a significant amount. According to the reports, he wears Jordan Jumpman shoes but has not been revealed about his endorsement deal with Nike.

Tim Locastro is in a romantic relationship with his girlfriend, Jenn Fox who goes with the name junefoxy on Instagram.

Tim and Jenn met during their college days as they both attended Ithaca College and reportedly were prom partner. The couple soon started dating each other but Locastro first revealed his relationship in mid-2017 through an Instagram post. 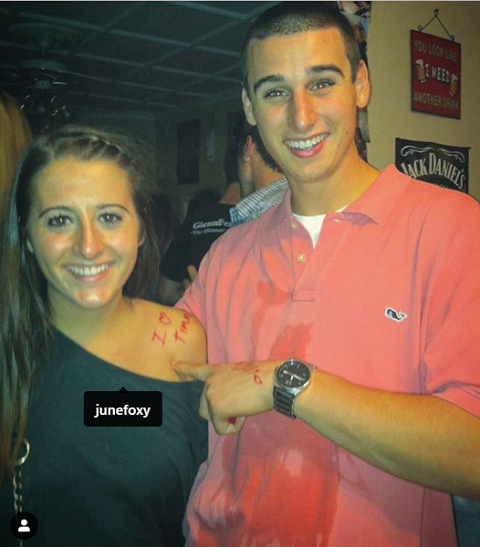 Locastro and his girlfriend seem to be in a long-distance relationship as the MLB star often posts the photos of his girlfriend, mentioning that he misses her, on his Instagram. The couple has not yet planned about getting married anytime soon.

Tim Locastro was born on July 14, 1992, in Auburn, New York to parents whose name isn't revealed in the media yet. He is an American by nationality and belongs the to White ethnic group. Further, his star sign is Cancer.

Locastro played baseball in high school at Auburn High School and then played at Ithaca College, wherein 2013 he was the Empire 8 player of the year when he set records for runs and stolen bases in school.

In the 13th round of the 2013 MLB Draft, he was drafted by the Toronto Blue Jays and signed with them on June 13. Locastro was traded for three international signing slots at the Los Angeles Dodgers (along with Chase De Jong) on July 2, 2015.

On September 29, 2017, Locastro was first called up for the major games. He was called up for evaluation as an impact pinch-runner in the playoffs. He made his MLB debut against the Colorado Rockies that night, running in the eighth inning for Corey Seager but was later designated for assignment for his pinch-hit against Adam Ottavino.

Tim Locastro was then traded by New York Yankees in exchange for Drew Finley and cash considerations. He later joined Diamondbacks in January 2019 for Ronald Roman and cash.