Tim Lincecum is an American professional baseball starting pitcher who is a currently a free agent. He is nicknamed as "The Freak" for his abilities to showcase excellent gameplay. 33 years old professional has played for teams like the San Francisco Giants and Los Angeles Angels of Anaheim previously.

As of 2018, he is receiving an annual salary of $2.5 million from his present club which has boosted his net worth to $40 million.

Tim Lincecum was born as Timothy Leroy Lincecum on 15 June 1984, this makes his age 33 at the moment. He was born to American parents Rebbeca Lincecum and Chris Lincecum in Bellevue, Washington, United States. He has a younger brother named Sean Lincecum.

Tim attended Liberty Senior High School in Renton, Washington and graduated from the University of Washington. Talking about his nationality, he is an American.

Tim Lincecum's Net Worth and Endorsements 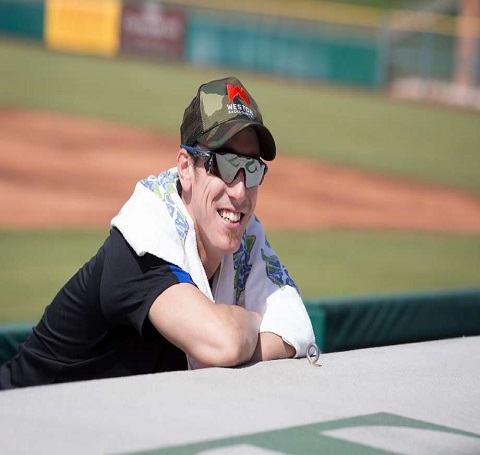 He is also linked with many endorsing brands and companies which yield him over $400,000 from endorsement deals in 2012 which later increased to $1,000,000 in 2013. Some of his major sponsors are Rawlings and Nike.

He owned a mansion in Paradise Valley, Arizona which he listed for sale for $4 million but later sold for $3 million. He had bought the house for $3.4 million in 2012. He also listed his apartment located right behind the Potrero Hill Shopping Center for $1,995,000

Tim Lincecum began his professional baseball career with San Francisco Giants in 2007. He made his first major league start on May 6, 2007, against the Philadelphia Phillies. He was selected to play in his first Major League Baseball All-Star Game on 6 July 2008.

He pitched his first shutout, against the San Diego Padres on September 13, 2008. Tim pitched a six-hit, complete-game shutout against the New York Mets in his debut in the All-Star game on 15 July 2010. He further left for the Los Angeles Angels of Anaheim in 2016. His teammates in the club were Hunter Pence, Pablo Sandoval etc.

Tim Lincecum joined Los Angeles Angels of Anaheim on 20 May 2016, with a contract worth $2.5 million. He made his club debut against Oakland on 22 May 2016, pitching six innings of one-run ball to earn a victory in his Angels debut.

He was left out of the team for the 2017 season

Lincecum signed with Ranger for 1 year in 2018. He was listed in the disabled list due to a blister on his right middle finger. He was released by the team on June 5, 2018.

Tim Lincecum is quite personal regarding his relationship status and has neither been in high profile relationship. In his past, he used to date with a girl named Ruth in 2010 and together for a long time. However, the couple is believed to have split sometime in late 2010 or early 2011.

He was further seen dating a beautiful blond girl, who was nicknamed “Kart-girl”. They were often seen together making out public appearances. Lincecum has spoken regarding his relationship stating:

“Private is the way I live my life and have tried to It helps me feel comfortable. It’s kind of like a scientist going to work on something in his garage and not unveiling it until he’s ready to. That’s kind of what it feels like.”

So with this, we can totally prove that Lincecum is having an affair but isn't married till date. We don't know if he is planning to make "Kart-Girl" his wife but we surely know that he loves the lady with all his heart.