Tee Higgins is an American football player playing for the Cincinnati Bengals of the National Football League (NFL) as a wide receiver. Higgins played college football at Clemson. During his college career, Tee helped his team prevail in the 2019 College Football Playoff National Championship as a sophomore.

Higgins' professional NFL began when the Cincinnati Bengals drafted him as the 33rd overall pick in the 2020 NFL Draft. Besides, he was also a second-team All-ACC member for Clemson in 2018. Higgins has received some honours due to his performances in games that have helped them to win games too. Moreover, he went to Oak Ridge High School in Oak Ridge, Tennessee. As a senior in high school, Tee had 68 receptions for 1,044 yards and 18 touchdowns. Initially, he committed to the University of Tennessee to play college football but later chose to play at Clemson University.

Tee Higgins' Career From Clemson to Cincinnati Bengals at the NFL

As said earlier, Higgins played college football at Clemson University. As a freshman, he had 17 receptions for 345 yards and two touchdowns while playing in 13 games. Furthermore, Higgins had an amazing three receptions for 81 yards in the 44-16 win over Alabama in the College Football Playoff National Championship. He finished his sophomore season with 59 receptions for 936 receiving yards and 12 touchdowns. 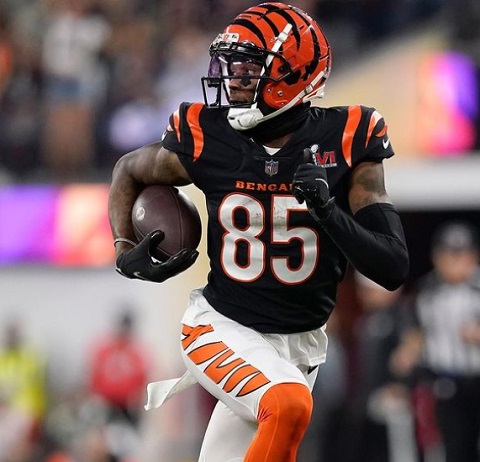 As a junior at Clemson, Higgins had 1,167 receiving yards and 13 touchdowns. In a game against LSU in the National Championship, he had a 36-yard rushing touchdown and caught three passes for 52 yards. Justin Jefferson is also an NFL player who played at LSU. He forged his final year of eligibility and declared for the 2020 NFL Draft.

The Cincinnati Bengals selected Higgins in the second round with the 33rd overall pick. On July 28, 2020, he signed his rookie deal with the team. Finally, Higgins made his NFL debut in Week 1 of the 2020 season while playing a game against the Los Angeles Chargers. Higgins is still active in this sport and plays with the Cincinnati Bengals.

How Much Is Higgins' Net Worth? Salary and Contract Details

The professional NFL player has an estimated net worth of around $3 million. Playing professionally since 2020, Higgins has signed whopping deals with his current team. Higgins has an $8,686,785 contract with the Cincinnati Bengals. The contract also has a signing bonus of $3,877,664, $5,882,518 guaranteed, and an average annual salary of $2,171,696. 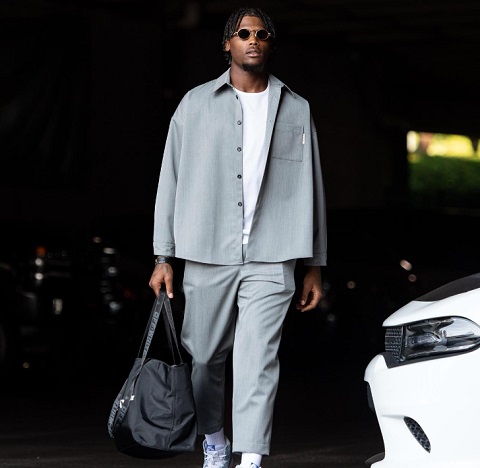 Looking at his social media posts, it is believed that Higgins is single and is not dating anyone. The NHL player made his first post on Instagram on November 2, 2020. However, he has not shared a single post regarding his love affair. 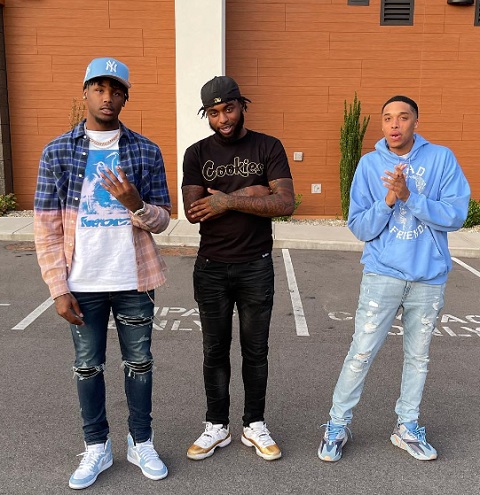 Likewise, Higgins has not been involved in any rumours. So, he has not dated anyone in the past too. Moreover, Higgins is a private guy who keeps his matters away from the press. His IG account is registered as @teehiggins.

Tamaurice William Higgins was born on January 18, 1999. He is a native of Oak Ridge, Tennessee, U.S. and was raised by his parents, Eric Higgins (father) and Lady Camilla Stewart (mother). Higgins grew up with his sister named, Shakia. On August 30, 2022, Higgins faced a tragic moment when he lost his father.

On January 2, 2023, Buffalo Bills player Damar Hamlin collapsed after tackling Higgins. Following the play, Hamlin stood up momentarily before collapsing on his back. After that, team trainers and paramedics rushed to his side within 10 seconds.

Later, Hamlin was rushed to the University of Cincinnati Academic Health Center. Likewise, the game was suspended and later postponed. After some time, it was reported that Damar suffered cardiac arrest, and his heartbeat was revived on-field. 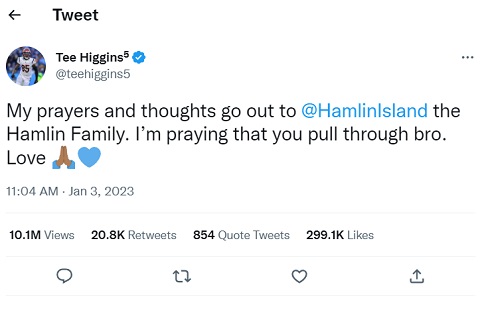 People are praying for Hamlin, and Tee Higgins also wishes Hamlin a speedy recovery. He tweeted, "My prayers and thoughts go out to @HamlinIsland the Hamlin Family."