Sarah Fuller is an American former soccer goalkeeper who played notably for Minnesota Aurora FC in the USL W League. Fuller played professionally for Minnesota and wore jersey number 32. Besides, she played college soccer with the Vanderbilt Commodores. During her collegiate career, Fuller also played as a placekicker.

While playing with the Vanderbilt team, Fuller appeared in many games and helped the squad to win most of the matches. Due to her skills and performances, Fuller also won some titles. Once, she was named the SEC Co-Special Teams Player of the Week. Likewise, her jersey was added to the College Football Hall of Fame in December 2020. In 2020, she also helped her team win the SEC Women's Soccer Tournament championship.

Sarah Fuller may have preserved a considerable fortune from being a soccer player. She may have a net worth of over $100,000; however, the details regarding her earnings and salary remain under review. None of the media sources have revealed information about her soccer contracts. Fuller played prominently for Aurora FC and may have taken home some cash. In the United States of America, a soccer player earns $47,889 to $59,456 per year. Apart from her career, Fuller also makes money from brand endorsement.

The young soccer player has worked with some brands, and she also promotes them via her Instagram handle. We can see Fuller working with Altra Running. She wore their shoes and posted many videos and photos of their products. Likewise, Fuller has worked with another brand named Aerie. She has promoted their clothing. In the same way, Fuller uses products from UCAN.

Love Life: Fuller Is in a Relationship With Scott Banker

Fuller is dating her boyfriend, Scott Banker, who is active on Instagram as @sdbank92. Fuller and Scott have been dating for over two years, and their love life is still going well. The soccer player posted the first snap with her boyfriend on December 22, 2020. She posted two images with Scott saying, "He dates football players." Furthermore, Fuller marked her one-year togetherness with Scott on October 2021. She shared some pictures on October 26, writing, "Happy One Year." They are still together and are happier than ever.

Fuller began playing soccer when she was five years old. She went to Wylie High School, where she was a starter for two years as a goalie. In 2017, she entered Vanderbilt University on a soccer scholarship. She just played in just two games in her first three years.

Fuller was a prominent player in her college team, and in May 2021, she graduated with a degree in Medicine, Health, and Society. To study master's in hospital administration, Fuller went to the University of North Texas. On November 13, 2020, it was announced that she had signed with North Texas women's soccer team. 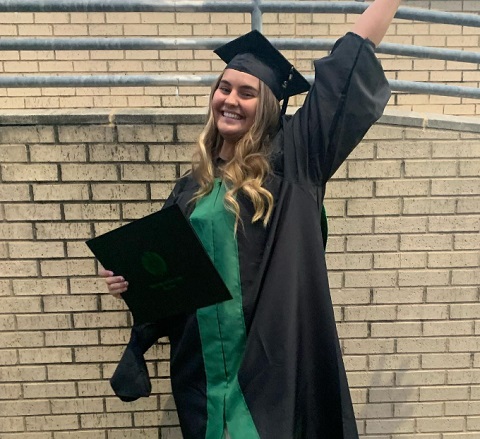 Apart from her college career, Fuller also played professional soccer. She was signed by Minnesota Aurora FC on February 7, 2022, ahead of the inaugural USL W League season. However, she announced that Fuller had left the team. Megan Rapinoe is also a prominent soccer player.

Fuller has already retired from football.  She was a prominent player of the Aurora FC, and on January 4, 2023, Fuller announced she was hanging up her cleats after 20 years on the pitch. Fuller took to social media to share the news with her fans and well-wishers.

While making a post on social media, Fuller announced the news and thanked the Minnesota Aurora FC, teammates, coaches, fans, and loved ones for her soccer career. She seems to be planning to change her life but has not given much info regarding her next step. 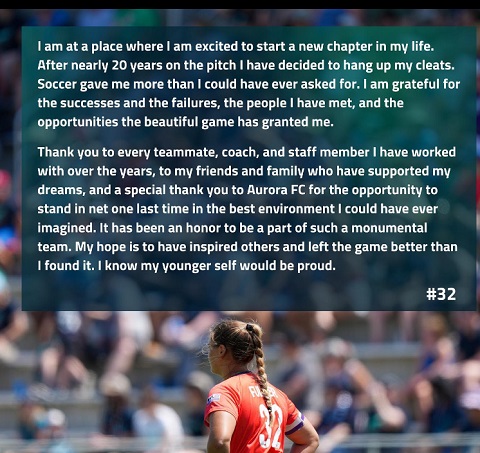 Many of her teammates commented on the post and wished her the best of luck for the future. To get further updates, we can follow Fuller on IG as @sarah_f27.

Who Are Sarah Fuller's Parents? Details On Her Family Life

Sarah Fuller was born in Wylie, Texas, on June 20, 1999. Fuller is a private person who likes to keep her family details away from the limelight. Due to that, her parents' information remains under review. Exploring her social media posts, it seems Fuller's parents are Brandon Fuller and Windi Morris Fuller. Once, Fuller posted a family photo that hints that she has a sister who goes by the name of Katie Fuller.

Besides her soccer career, Sarah has also worked for End Slavery Tennessee campaign and the Nashville Adult Literacy Council. Likewise, she planned to apply for an internship at Play Like a Girl but did not. Further, Sarah was featured on the inauguration television special, Celebrating America.

Regarding her body measurement, Fuller stands at an impressive height of 6 feet 2 inches (188 cm). Besides, her actual weight remains unknown. Rose Lavelle is also a soccer player whose weight remains under review.