Santia Deck is a renowned American athlete who gained widespread recognition after signing a deal with the Atlanta Harlequins, Stars Rugby 7s, and the Bay of Plenty Rugby Union. Likewise, Deck was asked to try out for the USA women's team in Rugby sevens at the Summer Olympics of 2020. However, it couldn't happen as she suffered an injury.

Deck became the first woman to enter into a professional full-tackle football contract in December 2019. In addition to being known for her sports career, Deck is also a published author, fitness model, T.V. personality, Social Media Consultant, Public Speaker, and T.V. host. She is known online as the 'queen of abs.' Also, she has appeared in some shows, including Steve Austin's Broken Skull Ranch and Blind Date.

Athlete Santia Deck's Net Worth and Career Earnings in Depth

Santia enjoys a massive net worth which is in the six figures. In early December 2022, she signed a multi-million dollar contract with the Los Angeles Fames for the WFLA. After that, she became the first woman to sign a multimillion-dollar football contract. The exact contract has yet to be disclosed, but we can speculate her net worth to be over $1 million. 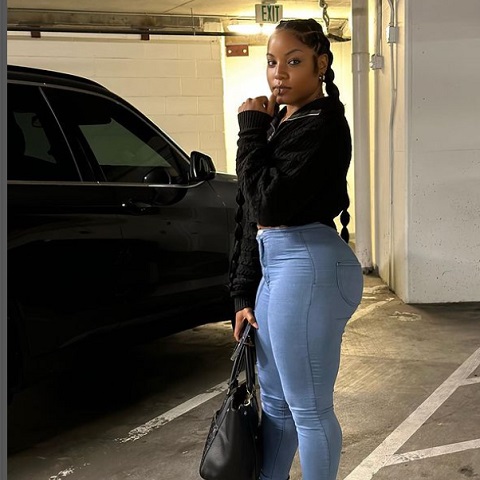 Santia Deck is posing in front of a car.  SOURCE: Instagram @trackbaby001

Deck is a multi-talented personality, and she has many income sources. She launched her 'The Queen of Abs' brand in 2013, representing her self-designed, core-focused online workout program. She is also a business mined woman who has other ventures.

Santia's Instagram bio shows that she is associated with a clothing line named Where The Trendsetters Reside. Santia is also the owner of another clothing line named Tronus Official. She may receive impressive cash from brand endorsement as a social media personality. We can see the athlete promoting some brands via her Instagram handle. Santia relishes a lavish life like Sergi Constance.

Who Is Santia Deck's Future Husband, Isaac Barnes? Everything From Their Relationship to Proposal Video

Santia Deck is engaged to her fiance Isaac Barnes. The couple met each other in February 2022, and after eight years of dating, they got engaged in October 2022. Initially, Santia kept her love life confidential as she didn't want to let the world know. Later, she began posting snaps with her partner on Instagram.

Santia has also shared some sweet messages with her future husband. On October 2022, she posted a video with a lengthy caption. Santia bragged about her partner and said she was proud to have him. Also, she is happy about her success as Isaac received a $13.4 billion defense contract with the U.S. Airforce and the U.S. Space Force. Since then, Deck has been making regular posts about her love life. After dating for months, the duo thought of taking their relationship to the next level. On October 3, 2022, she shared the news of her engagement with her fiancee. She posted a video where we could see the couple in a football stadium. Isaac proposed to Santia on the ground, and she said, 'Yes.'

Furthermore, Santia announced the news of their engagement to the world with a long caption. Their engagement video also took over social media during that time which is still available on her Instagram. The pair seems to be planning their wedding, as Santia once shared a video opening about her preparation to be a good wife.

Isaac Barnes is an entrepreneur who has been working as a president of Eminent Future, an 8(a) and SDVOSB product and innovation company, since June 2011. Due to that, he has also won federal contracts valued at over $13 billion with the Pentagon, White House, and Department of State.

Since August 2020, Barnes has worked at the U.S. Chamber of Commerce. From February 2016 to February 2020, he served as Agile Product Development and Innovation at the President's Executive Office. Before that, he was AFCEA DC Chief Technology Officer at AFCEA DC. 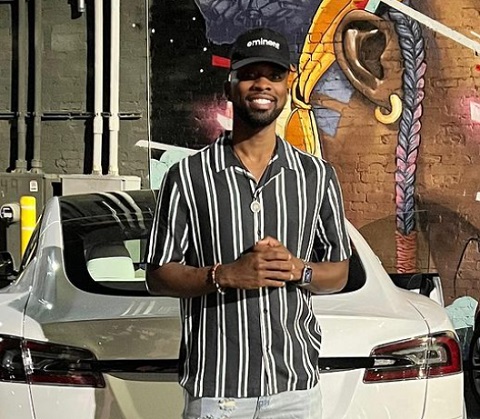 Isaac Barnes in front of his car.  SOURCE: Instagram @isaacmbarnes

Likewise, Barnes has experience working as a Senior Technical Project Manager at the Pentagon, U.S. Department of Defense, and Office of the Secretary of Defense for Policy. Regarding his education, Isaac studied at Founder Institute and Gap International.

Furthermore, Isaac also has a strong presence on Instagram, where we can find him as @isaacmbarnes.

Take a Look at Santia Deck's Football Career and Injury

Santia went to Texas A&M University after winning a full track and field scholarship. In 2014, she graduated with a bachelor's degree in English and literature. At the age of seven, Deck signed up for a track program during the summer.

As said earlier, Santia played rugby union and became the highest-paid contract in women's football history. She couldn't continue due to an injury. For your information, Santia has suffered many injuries like a football player like Dino Waldren. 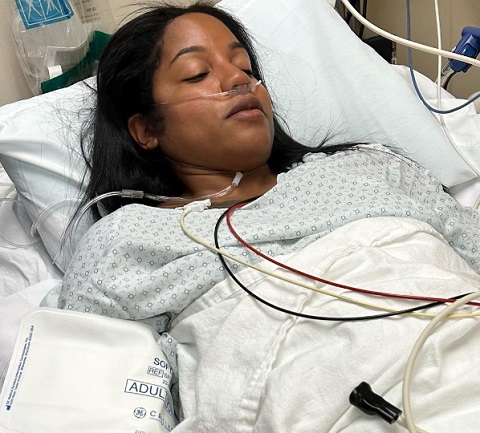 Meanwhile, Santia was training for the Olympics track and got injured. Despite facing some injuries, Deck has moved on, and she is doing hard work to prove herself.

Santia has not talked much about her family life, due to which further information remains under review.

Furthermore, Santia is also a fitness enthusiast who has maintained an athletic body due to her workout and hard training. She also hosts her T.V. talk show named Queen of Abs Fitness.