Sam Ryder was born Samuel Richard Ryder on December 15, 1989, in Winter Park, Florida. He seems to the only child born to Kelly Ryder and her husband, Art Ryder. Sam did not come from a reputed family, so; there is not much information about his family and early life. Sam has not shared his education and academic qualification. Talking about Ryder's physical appearance, Sam stands six feet and two inches tall and weighs 79 kgs.

Sam Ryder has an estimated net worth of more than $2.5 Million.

In the season, 2019/20, Ryder made $690,000 from 25 events he played. A golf player has multiple income sources like prize money, endorsement deals, contract, sponsorships. 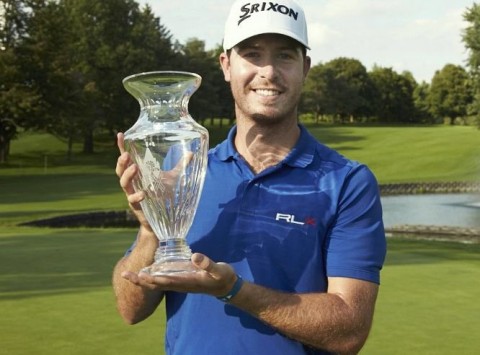 Sam did not earn much in his very early season. In the 2017/18 season, He earned his first million earning of $1,046,166 from 26 events he played. Accounting for his total prize money from his games, It sums to $2,992,629 from his four seasons. The golf player has earned the highest prize money of $551 377 from Shriners Hospitals for Children. Open.

He credits most of his net worth to his successful career in golf. Sam is very much early in his career and shall be earning millions in the days to come.

Ryder is very close to his family. He likes to spend most of his free time with his family member and friends. Also, The player keeps himself busy with the games and his practices. Richard currently resides in Longwood, Florida, along with his parents.

The golf player returned to the state and played Web.com Tour. In 2017, He won his first Web.com win at the Pinnacle Bank Championship. After this wonderful season, Ryder gained a ticket to the PGA Tour of 2018.

In 2022, Ryder was named the 10th Phoenix Open participant to make a hole-in-one on the 16th hole of TPC Scottsdale.