Ryan Edward Flaherty is an American professional former baseball infielder and current coach for the San Diego Padres of the Major League Baseball (MLB). Flaherty is well known for his contribution to MLB games, where he played for the Baltimore Orioles(2012-2017), Atlanta Braves (2018), and Cleveland Indians(2019). Flaherty has been named Gatorade High School Player of the Year, 141-best prospect by Baseball America and made his MLB debut on 7th April 2021 for the Baltimore Orioles.

Flaherty was born on the 27th July 1986 in the beautiful town of Portland, Maine, where he was raised by his father, Edwards Flaherty who was a star at the University of Maine and now is the head coach at the University of Southern Maine and his mother, Deborah Flaherty. He grew up playing baseball in the backyard of the house with his brother and father, Flaherty's brother Regan Flaherty was a draft pick of the Seattle Mariners.

Since childhood, San Diego Padres's coach Flaherty has been passionate about baseball and accompanied his father Edward in the Southern Maine practices. He attended Deering High School with an outstanding performance record leading Nova Seafood to the American Legion World Series Championships. 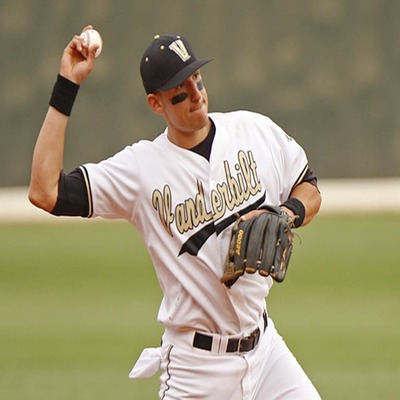 After graduating from High School, Flaherty was the 141-best prospect by Baseball America and committed to attend Vanderbilt University, where he played for the Commodores in the Southeastern Conference. As a freshman, San Diego Padres's coach Flaherty has been named an honorable mention Freshman All-American.

As Flaherty was getting popular in his career, soon after graduating from Vanderbilt University, Chicago Cubs selected San Diego's former infielder in the first round of the 2018 MLB draft, ranking him the 8th best prospect. Ryan Flaherty during his seasons in Baltimore Orioles SOURCE: https://birdswatcher.com/

In the 2016 season, Flaherty extended his contract with the Orioles with a base salary of $1.5 million and again extended a 1-year $1.8 million contract for the 2017 season.

After having powerful performance back-to-back in seasons, Atlanta Braves signed one year contract of $750, 000 and in 2019, Flaherty signed a minor league deal with Cleveland, where he played until 20th March 2019.

After having successful years as an infielder in various teams, Flaherty became an advance scout and development coach for the San Diego Padres, and his last match for the MLB was on 29th September 2019 for the Cleveland Indians.

The San Diego Padres coach Flaherty stands 6 feet and 2 inches tall and weighs over 95 Kg. Flaherty has short black hair with brown eyes and lying in the Leo Zodiac family.

Ryan Flaherty's Net worth and Salary

San Padres's coach is one of the successful and most admired players of his time. Flaherty had a fruitful journey behind him. He played for renowned teams like Baltimore Orioles, Atlanta Braves, and the Cleveland Indians. He might have collected some good fortunes to date.

The San Diego Padres's coach lives a lavish lifestyle with his family, and his net worth boosted past few years. For now, Flaherty is the coach of the San Diego Padres for the 2022 season and has an estimated net worth of $5-$10 million approximately.

Who is Ryan Flaherty's wife?

Yes, aside from his professional life, Flaherty is married to Ashley Dutko, an American Lawyer. The couple dated for a long period and showed up together during Flaherty's matches in Baltimore Orioles.

Ashley Dutko is a sister of Nick Markakis's wife, Christina Dutko, making Flaherty brother-in-law of Nick Markakis. The beautiful couple got married long back in October 2016 in Fort Lauderdale, Florida, with family members and relatives. Nick, too was a player in the Atlanta Braves, which led in sharing the same ground for them. The couple got married for a long time and might be blessed with kids, but Flaherty is not open about his private life. The couple lives happily and often spends time with his family during vacations.