Ryan Braun is a professional American baseball player who currently plays as the left fielder and first baseman for the Milwaukee Brewers of Major League Baseball ( MLB). He has also played right field and was a third baseman during his rookie season.

The two-time All American is also a controversial player who has come under scrutiny for a failed testosterone test among other things. Braun is a six-time All-star player as well. Let's take a look at his wiki to gain information regarding his career, net worth, personal life, family, wife, and more.

Ryan Braun was born on November 17, 1983, in Mission Hills; Los Angeles, California, United States. He is Jewish and an American by his nationality. His birth sign is Scorpio. Braun also has a younger sibling named Steve. His father is Jewish and his mother is Catholic. 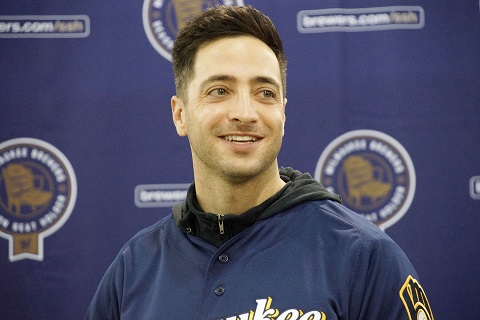 Several top Universities like Stanford, the University of California, Berkeley offered baseball scholarships; however, Braun attended the University of Miami on academic scholarships. He was awarded the Atlantic Coast Conference Baseball Player of the Year Award for his performance in collegiate baseball.

Moving to his professional career, The Milwaukee Brewers drafted Braun in the first round in the 2005 major league draft as a third baseman, He also played for various minor league team including Helena Brewers, Brevard County Manatees, Huntsville Stars and many more.

In his rookie year for The Milwaukee Brewers, Ryan Braun finished with an NL- leading .634 slugging percentage setting a new all-time rookie and Brewers record. He won the 2007 NL Rookie of the Year Award and also the Players Choice NL Most Outstanding Rookie Award.

Braun signed an 8-year $45-$51 million contract extension with the Brewers on May 15, 2008. He has won five silver slugger awards as well. Ryan Braun also played for Team USA in 2009 during the second World Baseball Classic and helped the team reach the semi-finals.

However, Ryan Braun has also been a part of controversies. On December 10,  2011, he was found positive for an elevated level of testosterone on a urine test and was suspended for 50 games. Later in 2013, the baseball player was connected to the Biogenesis clinic which allegedly distributed performance-enhancing drugs to a number of Major League Baseball players who tested positive for banned substance. Braun was suspended for 65 games on July 22, 2013, due to the scandal.

Braun plays alongside Jimmy Nelson and Eric Thames. As of 2018, the player's stats are:

Speaking about his personal life, Ryan Braun is a married man. He is living happily with his wife, Larisa Fraser.  His spouse is a lingerie model. The couple was dating for some time before tying the knot in December 2013. 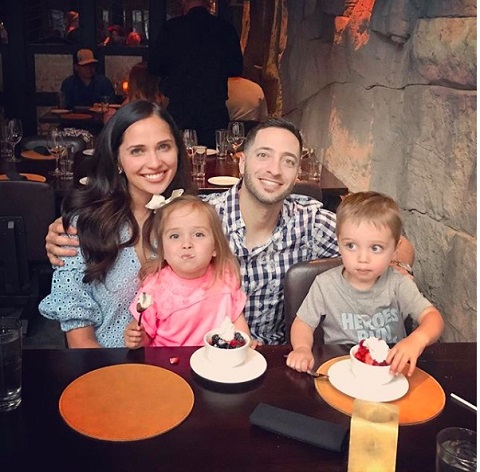 Ryan Braun with his wife and children SOURCE: Fabwags

Braun is a loyal husband and a loving father. He hasn't been engaged in any extramarital affairs. Presently, there is not an issue of divorce between the lovely couple.

The couple resides in the United States. They are leading a blissful life with their children.

Ryan Braun Net Worth and Salary

Ryan Braun has earned a fortune through his successful baseball career. He has an estimated net worth of $9 million as of 2018. The 34-year-old player earns an annual salary of $3 million. Braun also earns a great deal from his endorsement deals.

In the year 2008, Braun was also associated with the brand endorsement of the Apple I phone. He also developed his own signature fashion t-shirt line for Affliction Clothing. Ryan Braun has also signed endorsement deals with CytoSport, Nike, Air Tran Airways, and many more.

Ryan Braun was only a Jewish, to be invited by George W. Bush for a dinner at the president's house. He has a perfect body figure and height. Braun's height is 6 feet and 2 inches and he weighs around 93 kg. Moreover, information about his bio can be obtained from the wiki.