2004 Athens Olympics Gold medalist, Ruth Riley is an American professional basketball player who played for Women's National Basketball Association (WNBA) for different teams as a forward/ center. In her entire career, she played for Miami Sol, Detroit Shock, San Antonio Silver Stars, Chicago Sky, and Atlanta Dream. Additionally, she was drafted 1st overall in the 5th round in the 2001 WNBA draft by Miami Sol.

Ruth Riley was born on August 28, 1979, on Ransom, Kansas to her mother Sharon. Ruth holds as American nationality and belongs to the white ethnic group. Also, her star sign is Virgo. Ruth went to North Miami High School for her high school degree and the University of Notre Damn for further studies.

A professional basketball player who has uncountable records, Ruth Riley, is happily married to her adorable husband, Benjamin Hunter. Further, the couple exchanged their marital vows on January 1st, 2018 which is a new year day. 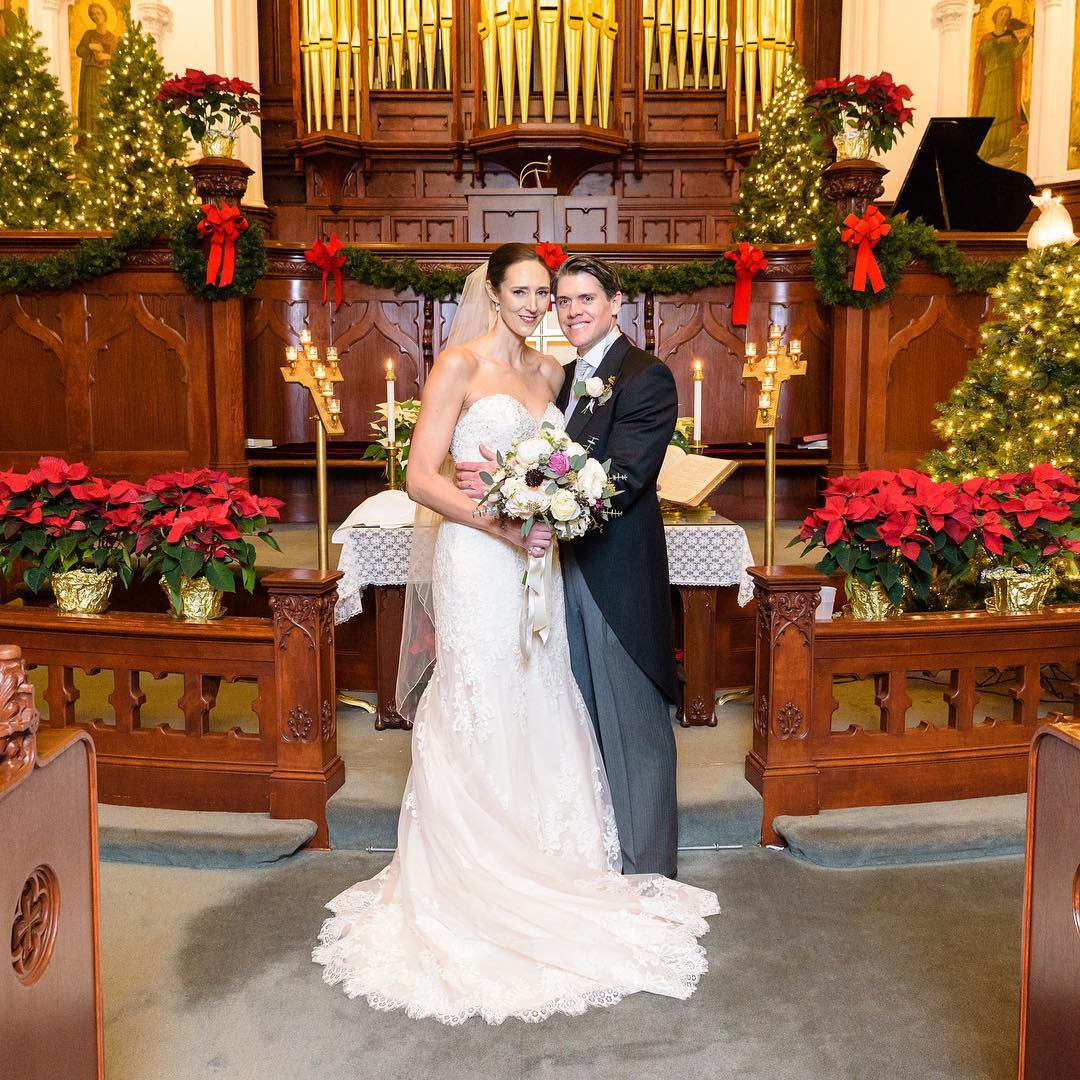 According to the sources, the couple met during their University days which gets valid when she posted a picture of together saying:

'It is an honor to be back on campus for our monogram board meeting! Last year my husband and I took a walk down memory lane remembering how excited we were when the Monogram Club first presented us with our jackets!' 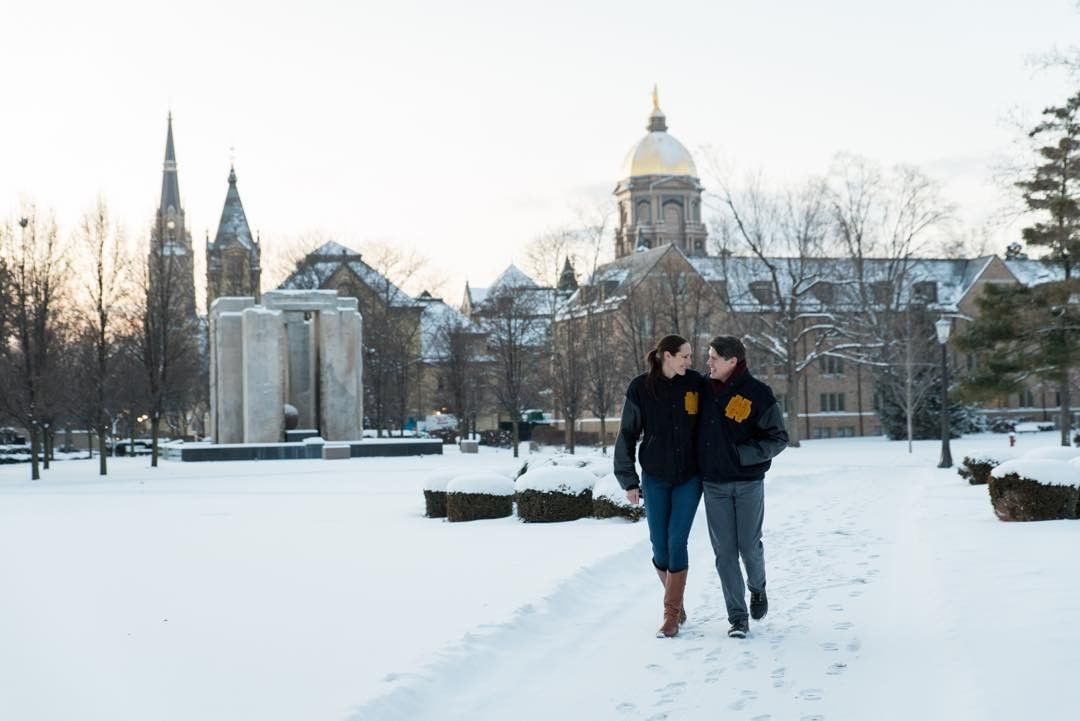 Ruth and her husband on their campus tour SOURCE: Instagram

Ruth took the help of Instagram to express her happiness of getting married to the love of her life. Along with the picture, she wrote:

"I am blessed beyond words to have brought in the New Year marrying the most incredible man I have ever met!! His intentional pursuit to live out his Faith displays a compassionate and Christ-like character that I deeply admire, and leads me closer in my own walk with God. He loves me in a way I never dreamed was possible, his support and encouragement lift me to new heights, and his kindness is not just seen in his eyes, but also felt by everyone with whom he comes into contact. Thank you, Benjamin Hunter, for extending the honor to be your wife!"

As of now, it seems like the couple is deeply and madly in love with each other which is depicted from one of the Instagram posts of Ruth. On the occasion of Easter, she posted a picture along with her husband with a romantic message. 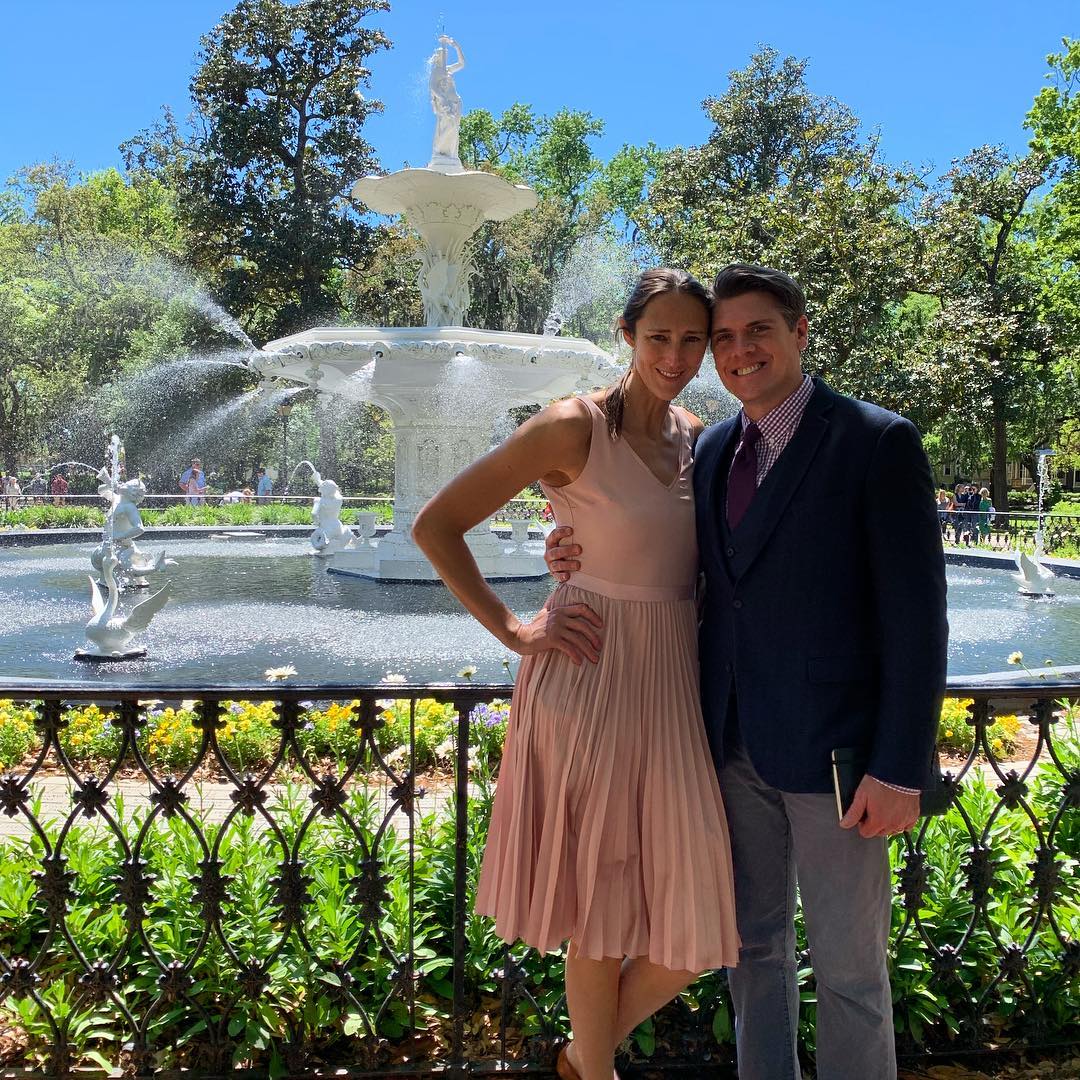 She wrote: " We often think of Valentine’s Day as the holiday of love - but to me the very essence of love: the sacrificial, unconditional, indiscriminate love that Christ displayed - not because of an existing relationship, but rather SO THAT we could come into relationship with Him- makes Easter the true holiday of Love! I realize that as Christians we fall short of displaying that love, I pray that the world would not judge a perfect God by the actions of imperfect people and that we (who profess to love God) would become more like Christ, so that we could truly love as God calls us to love! Have a Blessed & Wonderful Easter!!"

Having played basketball for almost 13 years, Ruth has collected a mouth-watering net worth between $1 million to $5 million. In her entire career, she has played for the five different teams of WNBA, earning a good amount of money from each of them as a salary.

Particularly, the median salary in the WNBA is around $71,635 while the starting salary is around $50,000. As per the reports, the WNBA player earns quite less amount of money as a salary. 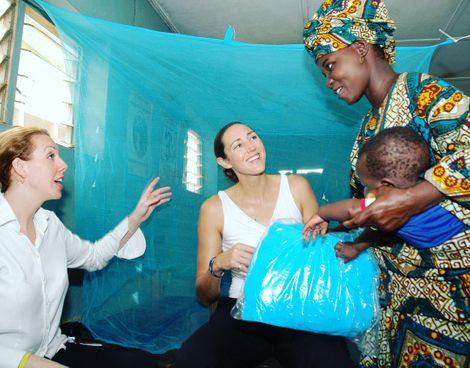 Being specific, the WNBA player is expected to earn only 20% of the salary of the NBA player's minimum salary. Additionally, the veteran retired basketball player, Ruth who has a massive playing experience obviously has earned around $150,000 as a salary.

In contrast to the WNBA, the player outside the states is expected to earn more. Especially, the player playing in European countries Spain, Russia, Turkey is expected to earn as high as $600,000 as a salary. In search of a good wage, famous players such as Maya Moore, Nneka Ogwumike, Cheyenne Parker also played basketball out of the country.

According to the sources, Ruth has worked on various projects for a different part of the world in which 'Nothing but Nets' and 'No Kid Hungry' is among them. In nothing but nets' she raised awareness to the people about malaria and during this process, she visited different parts of Africa to amplify awareness.

On the 'No kid Hungry campaign, it was about the fight to hunger by American kids and family.