Some people come to the spotlight after years of hard work and determination, and some after their relationship with a reputed one. Roksana Malinovska followed a similar path to her rise to fame. Roksana is better known as the wife of famous Ukrainian professional football player Ruslan Malinovska.

Roksana Malinovska was born in the mid-1990s. She did not come from a reputed family and has not shared a word about her early life and parents. Information about her academic and educational qualifications is under the radar.

Roksana and Ruslan exchanged their wedding vows in 2016 at a private wedding ceremony where they had invited some close friends and family members from both families. The love birds had been dating each other for several years before their marriage. Nothing much about their first meeting experience is shared with the public. 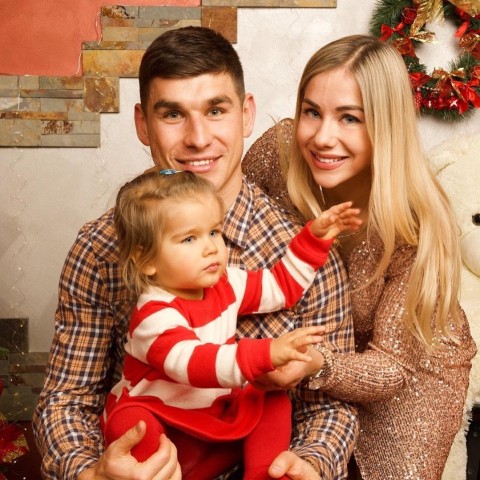 Roksana shares a photo with her husband and daughter SOURCE: [email protected]_m8

Ruslan first posted a photo of them in Late 2013. Roksana first opened up about expecting their first child in August 2019 through a post on her Instagram account. The duo welcomed their first child, Olivia, in November 2019. The family of three is living a happy married life. Both of them are very supportive of each other and keep sharing each other's pictures on their timelines.

Roksana and her family had been to Dubai for the 2022 New Year. They had a good time with each other. Malinovska attends most of her husband's games.

Roksana spends most of her time looking after their child. She has not started her economic career. Malinovska is living a happy life through her husband's successful career. She is enjoying her husband's lavish earnings. Her husband, Ruslan Malinovskyi, has an estimated ne worth of more than $3 Million. The player has earned most of his net worth through his football career. 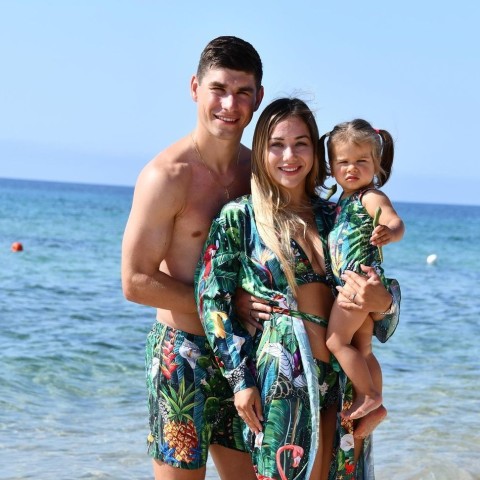 Ruslan is very early in his career and will be making millions in the future. Malinovskyi must be making a good amount from his sponsorship and adverting deals.

Roksana has not started her professional career. Her husband, Ruslan, started his youth career in 2000, playing with Polissya Zhytomyr in his hometown. He later moved to Shakhtar Donestk and represented the club in numerous divisions. The player made his professional debut in 2011 and was loaned to several clubs before moving to Belgium and singing with Genk FC.

Ruslan played with Genk for two seasons and joined Atalanta in the Serie A until 2024. He has appeared in ninety-three games and scored twenty-two goals.