Rhys Dean Hoskins, a.k.a Rhys Hoskins is an American baseball first baseman as well as left fielder currently playing in the Major League Baseball (MLB), side the Philadelphia Phillies. At the 2014 MLB draft, he was picked by the Phillies in the 5th round.

Sacramento, California native, Rhys Hoskins was born on 17th March 1993 under the star sign Pisces. By nationality, Hoskins is an American and belongs to white ethnicity. Prior to playing professionally, he played college baseball for the Sacramento State Hornets.

Rhys Hoskins' Net Worth and Endorsement

He owns few world luxury cars and can be seen riding.

He with his girlfriend is the part of MDA Muscle Walk! which raise fund for the people diagnose with muscular dystrophy, and ALS.

Rhys Hoskins is married to his long-time girlfriend, Jayme Bermudez. Though they are yet to speak how they met or when they started dating, Bermudez is the very first person to appear on Hoskin's Instagram in the very first post of him in 2012. 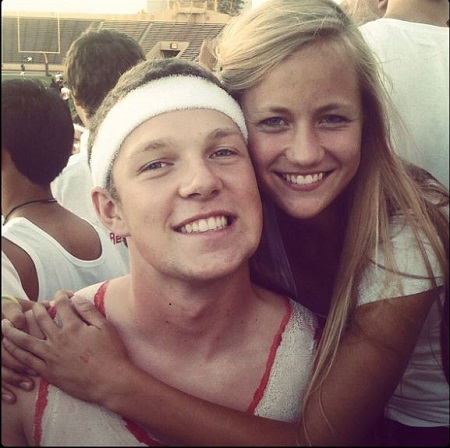 Seems like the duo is high school sweetheart. Even they were each other's dates during their high school prom night.

Further, Hoskins and his only lady, Jayme frequently share their adorable pictures via their Instagram accounts which they have captured while the pair was on vacations or dates. Also, his girlfriend often visits to support him during his matches. 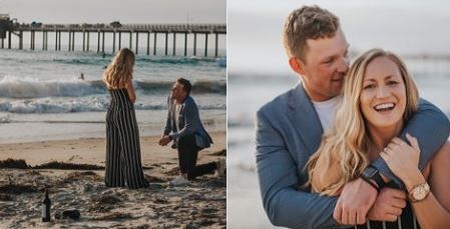 On 9th August 2018, Hoskins proposed his girlfriend on the beach in San Diego. The two shared the news of engagement via their respective twitter. The Phillies' star wrote "8/9/18 Fooled her long enough, cheers Jayme" while Jaymes captioned "Guess you're stuck with me, Cheers to forever." 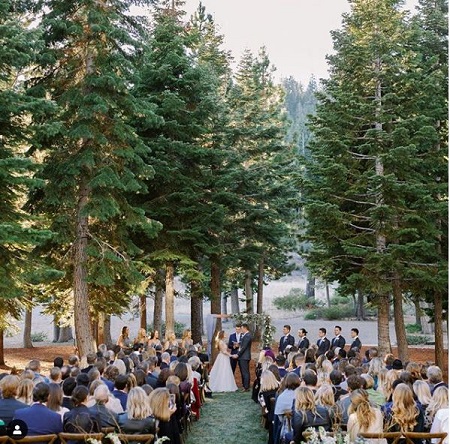 On 9th November 2019, Rhys Hoskins and fiancee Jayme Bermudez exchanged the vows at the Ritz-Carlton in Lake Tahoe in front of family, friends and loved ones. For the honeymoon, the couple takeoff to Island in Moorea-Maiao, French Polynesia and then to Bora Bora.

As reported, Jayme Bermudez works for a public relations firm in Philadelphia.

Rhys Hoskins was born to mother, Cathy Reynolds, to father, Paul Hoskins. He grew up alongside his sister, Meloria Hoskins.

His father is a lawyer, as was his mother.

Hoskins enrolled at Jesuit High School. In 2009, his mother died of breast cancer when he was a sophomore in high school, after battling the disease for 14 years. After graduation, he attended California State University where he initially started off his baseball career.

Rhys Hoskins was drafted by the Philadelphia Phillies in the 5th round of the 2014 MLB draft. Soon after signing with Phillies, Hoskins spent his debut season with the Williamsport Crosscutters of the Class A-Short Season New York-Penn League. He scored a .273 batting average with 9 home runs batted in.

He spent his second season, playing with Lakewood BlueClaws of the Class A South Atlantic League and was later promoted to the Clearwater Threshers of the Class A-Advanced Florida.

He began the 2016 season playing with the Reading Fightin Phils of the Class AA Eastern League. In that season, he batted .281 with thirty-eight home runs and 116 RBIs, as well as also earned the Eastern League Rookie of the Year and the Paul Owens Award as one of the two best positions players in the Phillies’ minor-league system.

On 10th of August 2017, Hoskins received a called up from the Philadelphia Phillies to the Major Leagues. The same day, he made his MLB debut as a left fielder. 15 days later, he became the fastest player to hit ten career home runs, doing so in by hitting a home run in 5 consecutive games.

On 2nd September he set a new record for the fastest player to hit twelve home runs, doing so in only twenty-four games. Also, he was awarded NL Rookie of the Month for August.

Hoskins has a good bond with his newly signed fellow, Jake Arrieta.